Ufa is a city in the Russian Federation, the capital of the Republic of Bashkortostan.
It is one of the largest economic, cultural and scientific centers of the Russian Federation.
Located on the banks of the Belaya River, with the confluence of the rivers Ufa and Dyoma, on the Pribelskaya steeply undulating plain, 100 km to the west of the ridges of the Southern Urals. It lies mainly in the interfluve of the rivers Belaya and Ufa, on the Ufa Peninsula. The area of ​​the city is 707.93 km ². The length from north to south is 53.5 km, from west to east 29.8 km in the widest part. Ufa is the fifth longest city in Russia after Volgograd, Sochi, Novy Urengoy, Perm, and is one of the five largest cities in Russia. Ufa - the most spacious city-millionaire of Russia, per inhabitant is 698 m² of urban area (2010).

Under the city there is a system of 20 natural caves and a tunnel for the production of gypsum. The longest cave is Dudkinskaya, which has a length of more than 2.5 kilometers. The length of the remaining caves does not exceed 800 m.
It is located in the north-forest-steppe subzone of the temperate zone. The climate is moderately continental, fairly humid, the summer is warm with slight changes in temperature from month to month, the winter is moderately cold and prolonged. The average January temperature is -12.4 ° C, the minimum temperature is -48.5 ° C; July: +19.7 ° C (1979), maximum: +38.6 ° C (1952). The average annual air temperature is +3.8 ° C. Average amount of precipitation: 589 mm. 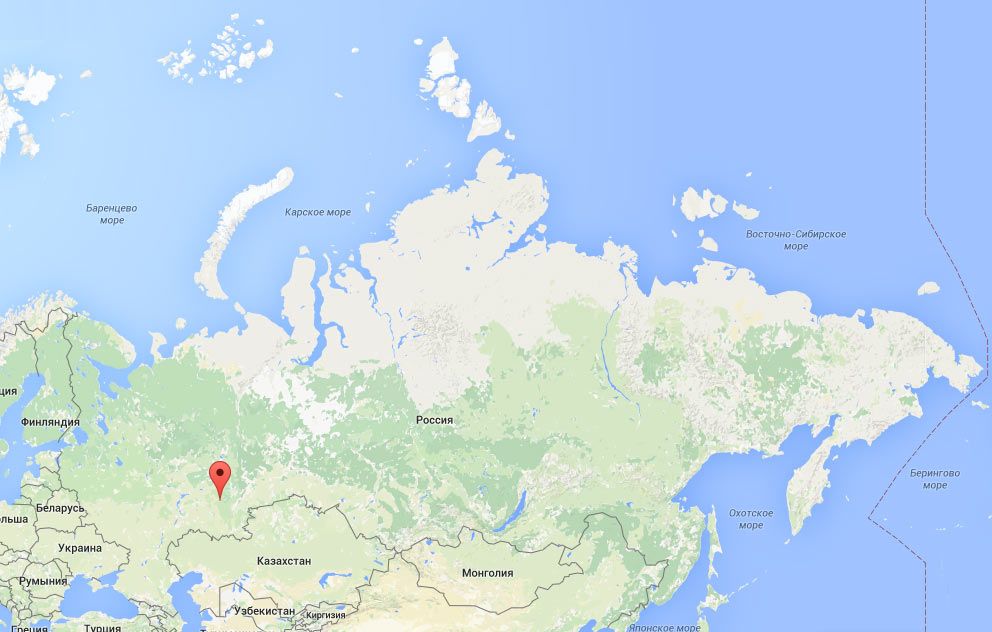 Ufa is a major transport hub of Russia (railway, pipeline, highway, air and river routes). The river Belaya with its tributary Ufa here intersects with the historical course of the Trans-Siberian Railway. The city is divided by the rivers Ufa and Belaya into the central and marginal parts.
Automobile roads connect the city with Moscow, Chelyabinsk, Kazan, Samara, Perm and Orenburg. In addition, Ufa is the only Russian city connected to Moscow by two federal highways. The highway M5 "Ural" runs along the southern outskirts of the city, and the federal motorway M7 "Volga" ends here. Communication with cities, regions of the Republic of Bashkortostan and its immediate neighbors is supported by bus communication. Intercity buses leave from the Southern and Northern bus stations.
The Samara-Ufa-Zlatoust-Chelyabinsk-Yekaterinburg railway project was approved in 1885. The railway bridge across the White River was built in 1888. The railroads running through Ufa provide a link between the western and central regions of Russia with the Urals and Siberia.
Here is the center of the Bashkir branch of the Kuibyshev Railroad, a branch of JSC Russian Railways. There are 9 railway stations in the city, the largest freight station is the Dyoma station (also there is a gasoline station), and the passenger station is the Ufa station. In November 2008, the first stage of the station complex was opened after reconstruction. A special passenger train "Bashkortostan" runs between Ufa and Moscow.
Shipping on the Belaya River officially exists about one hundred and fifty years. See the best views of the city in the shortest possible time, of course, allow river walks. River transport (inland waterway transport) carries out the carriage of goods and passengers by ships on inland waterways, both on natural (rivers, lakes) and on artificial (canals, reservoirs). One of the largest enterprises of the river industry in Ufa is the Bashkir River Shipping Company. In the summer, the Ufa ferry crossings are working on the Belaya and Ufa rivers.
For 2018, the total length of the bike paths in Ufa is about 20 km. In 2019, it is planned to begin construction of the so-called large Ufa cycling ring with a length of about 70 km. Its main thoroughfares will pass along the Prospect of October and along the streets of Mendeleyev and Zhukov. In addition, it is planned to create circular walking bike paths in Gafuri, Forestry, Victory, Memorial and "Kashkadan" parks.
The oldest surviving building in Ufa: a residential one-story corner house on Oktyabrskaya Revolutsii Street, 57/1, which belonged to the famous mining owner Demidov. The building was built in the middle of the XVIII century. The house is famous for the fact that in November 1774 (according to other sources, at the beginning of 1775), Russian commander Aleksandr Vasilyevich Suvorov stayed with him, directed by Empress Catherine II to help suppress the Pugachev uprising.
In 1803, Scottish architect in the Russian service William Geste made the first general plan of the city, but for various reasons (in particular, due to lack of money), the plan was not implemented. In December 1817 he again visited Ufa and, together with provincial surveyor Smetanin, amended the plan. In this form, the government approved the project on March 3, 1819. This master plan determined the direction of the construction of the city during the entire 19th century.
According to the plan Geste, the city borders were expanded from Telegraph Street (now Tsyurupy Street) to Nikolskaya Street (Gafuri) and from Belaya River to Bogorodskaya Street (now Revolutionary). The architect successfully used the existing building and terrain. He led the Great Kazan Street (now the October Revolution), the main street of the city to a new center, the future Gostiny Dvor on Verkhne-Torgovaya Square. The administrative and trade center of Ufa remained on the territory of the historical core of the city for a long time.
The tallest building in the city: the central office of the financial corporation Uralsib. This is a 26-storey building with a height of 100.5 meters. Across the road from him is the first in Ufa 9-storey residential building, built in 1962.
There are more than 20 water structures in Ufa. The oldest of the existing Ufa fountains is a fountain, built in 1956 near the Palace of Culture. Ordzhonikidze. Every year the opening of the fountain season is marked by a holiday, during which performances of creative groups and soloists, game programs for children and teenagers are envisaged.
The first printing house in Ufa was opened in 1801 for the needs of the office of the civil governor. The first in Ufa and the province newspaper Orenburg Province Gazette was printed since 1838. Since 1865, the Ufa Gubernskie Vedomosti have been published. The first book in the city was published in 1853.
In 1918, a well-known Czech writer Jaroslav Hasek worked in Ufa. Here he published the newspaper "Our Way", "Red Europe", wrote a series of short stories and feuilletons. 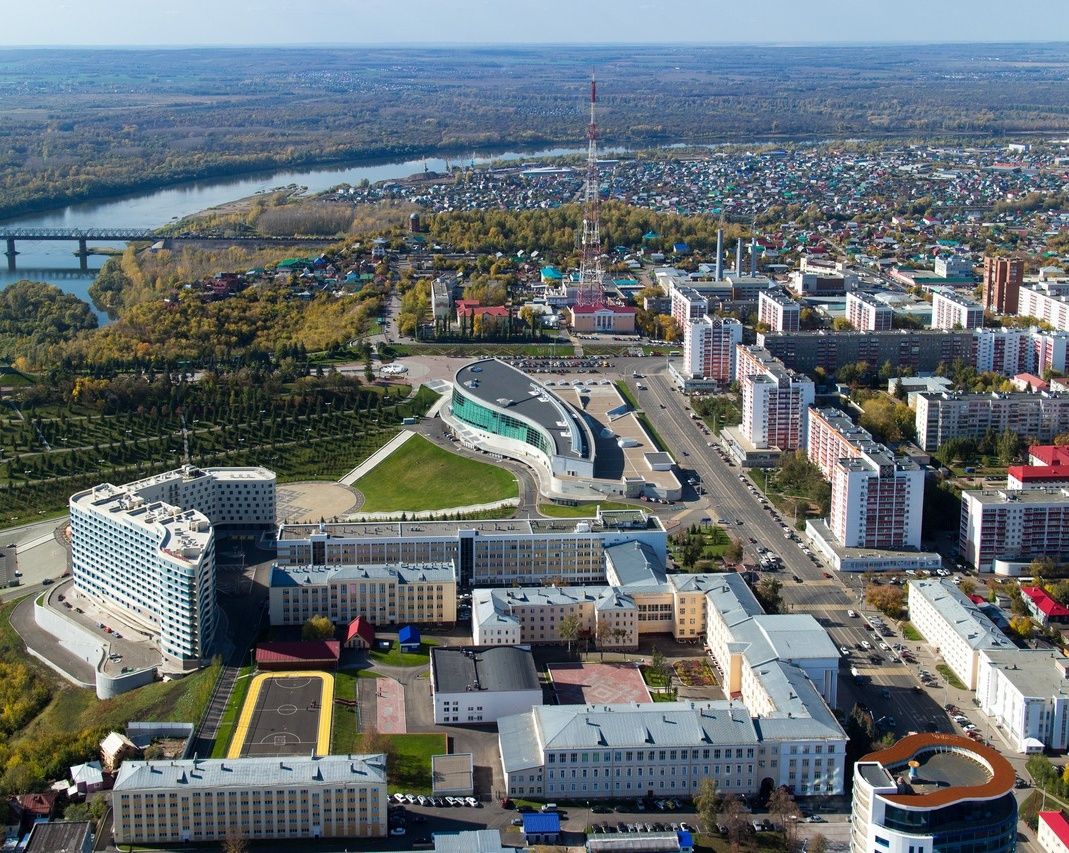 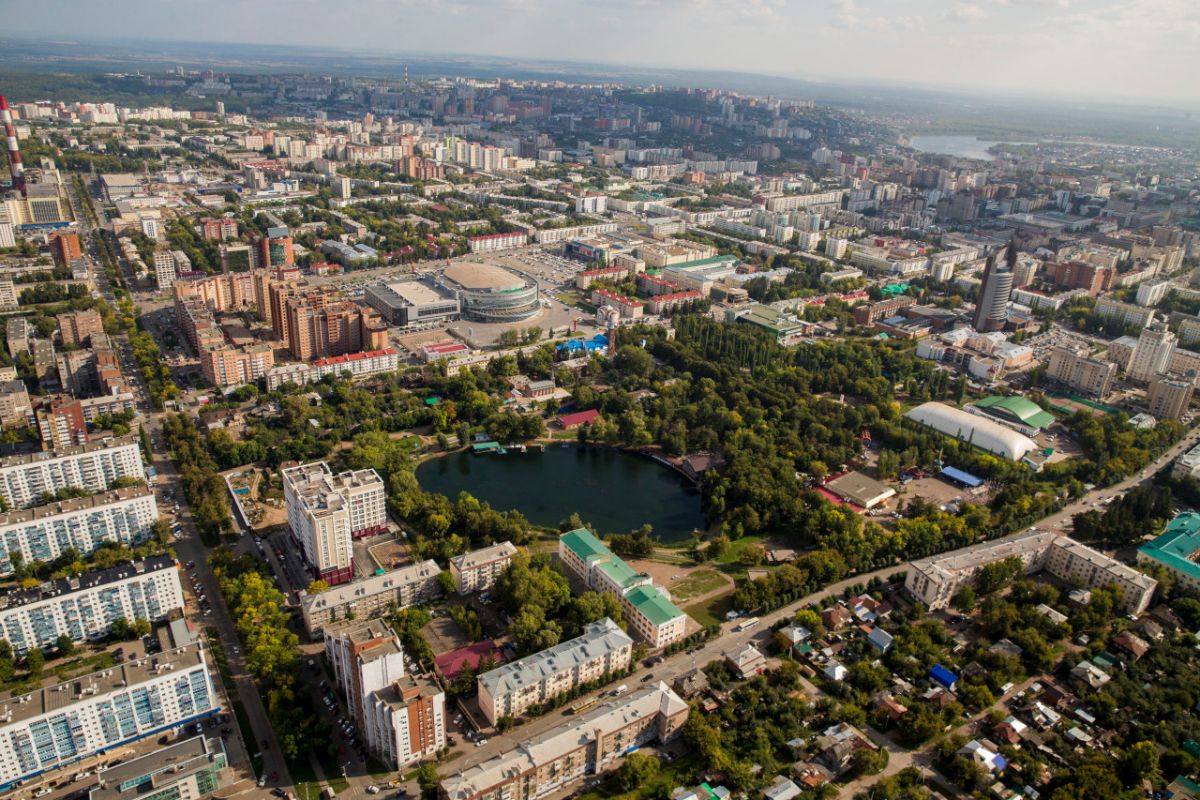 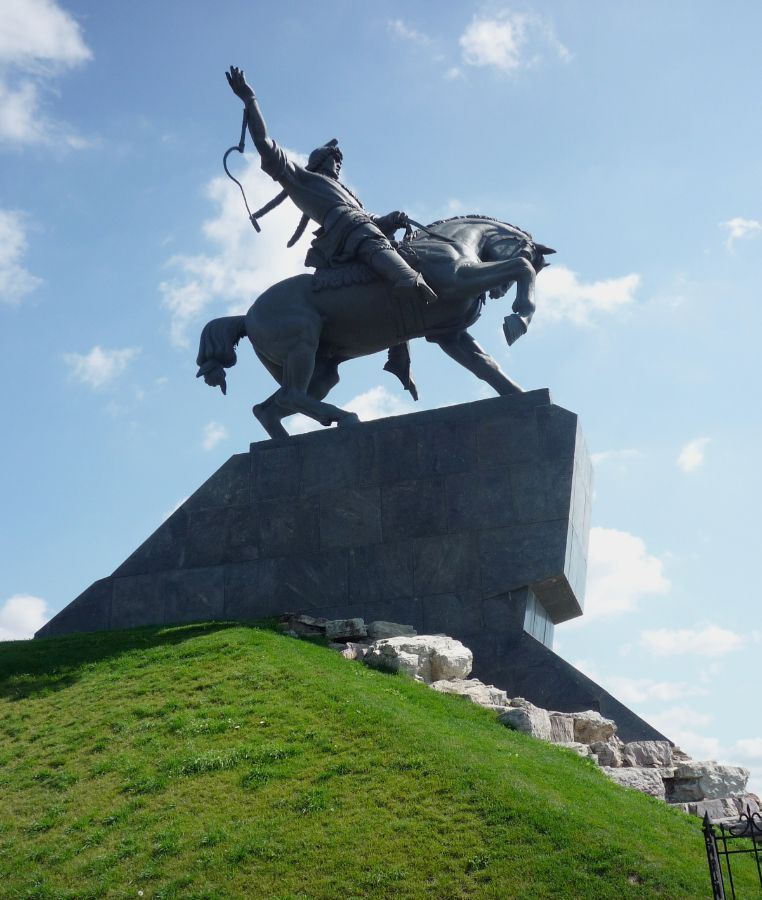