IMPORTANT! The prices presented on the website are approximate and depend on the number of people in the group, the type of servicing transport, the availability of a guide speaking the language of tourists. The price for specific tourists can differ both in large and in smaller side.

Which city to choose, what excursions you are interested in - you choose yourself.

Ekaterinburg (from 1924 to 1991 - Sverdlovsk) - a city in Russia, the administrative center of the Urals Federal District and the Sverdlovsk Region.

It is the largest administrative, cultural, scientific and educational center of the Urals.
Located on the eastern slope of the Middle Urals, along the banks of the Iset.
Founded on November 7 (November 18), 1723, as an iron works. The name is given in honor of Empress Catherine the First. Catherine II in 1781 granted Ekaterinburg the status of a district town of the Perm province.
Ekaterinburg is the fourth largest city in Russia (after Moscow, St. Petersburg and Novosibirsk). Ekaterinburg agglomeration is the fourth largest agglomeration of Russia. It is one of the three most developed post-industrial agglomerations of the country.
The city is one of the largest economic centers of the world. It is included in the list of 600 largest cities in the world, producing 60% of global GDP. One of the largest transport and logistics centers in the country (the international airport, the Trans-Siberian Railway and 6 federal highways pass through the city), an important industrial center (optomechanical industry, instrument making and heavy engineering, metallurgy, printing industry, light and food industry, industrial complex).
Ekaterinburg is the most important administrative center. Here are the headquarters of the Central Military District, the Presidium of the Ural Branch of the Russian Academy of Sciences and 35 territorial federal authorities. It is often called the "capital of the Urals".
The city became one of the hosts of the 2018 FIFA World Cup. 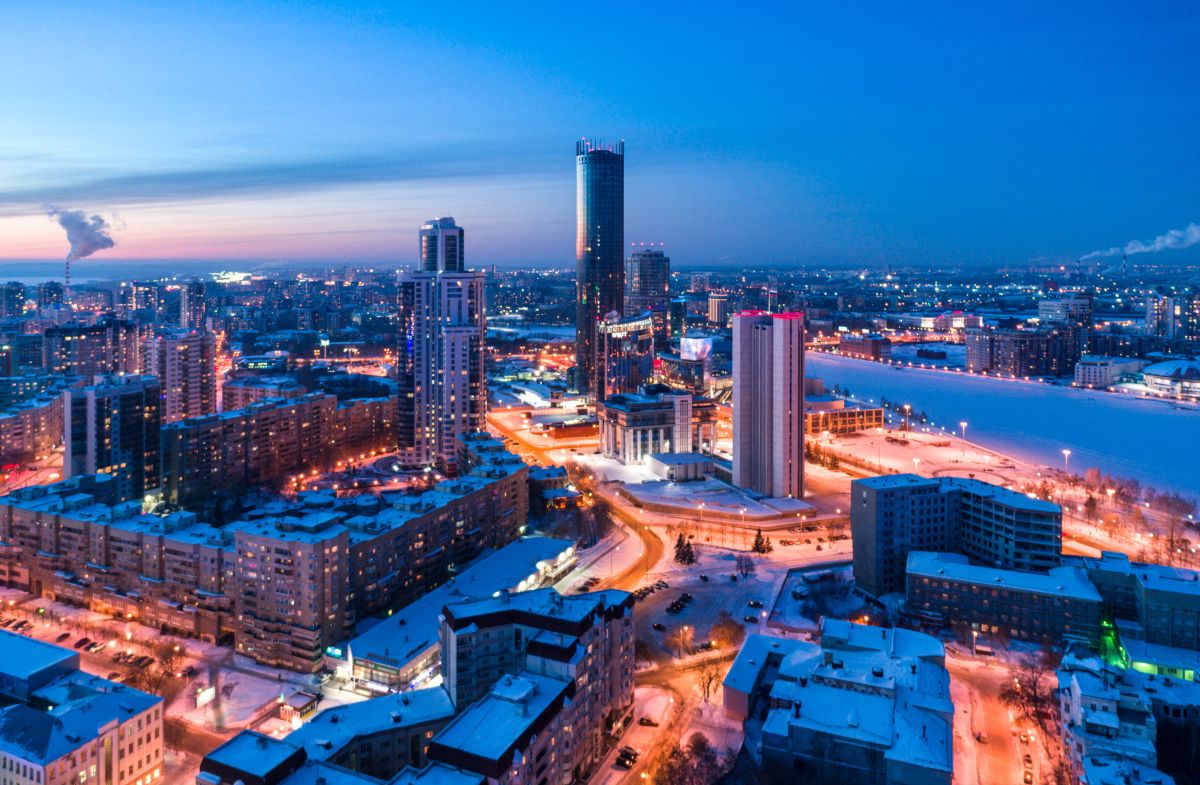 What to visit in Ekaterinburg

Moscow is the capital of the Russian Federation, a city of federal significance, the administrative center of the Central Federal District and the center of the Moscow Region, which does not include it. The largest city in the population of Russia and its subject - 12,506,468 people. (2018), the most populated of the cities completely located in Europe, is among the first ten cities in the world in terms of population.
It is located on the Moscow River in the center of the East European Plain, in the interfluve of the Oka and Volga. As a subject of the federation, Moscow borders on the Moscow and Kaluga regions.
Moscow is an important tourist center of Russia. The Moscow Kremlin, the Red Square, the Novodevichy Convent and the Church of the Ascension in Kolomenskoye are included in the UNESCO World Heritage List. It is the most important transport hub. The city is served by 6 airports, 9 railway stations, 3 river ports (there is a river communication with the seas of the Atlantic and Arctic Ocean basins). Since 1935 in Moscow works underground. Moscow is the sports center of the country. The city became the host of the 1980 Summer Olympics and one of the hosts of the 2018 FIFA World Cup. 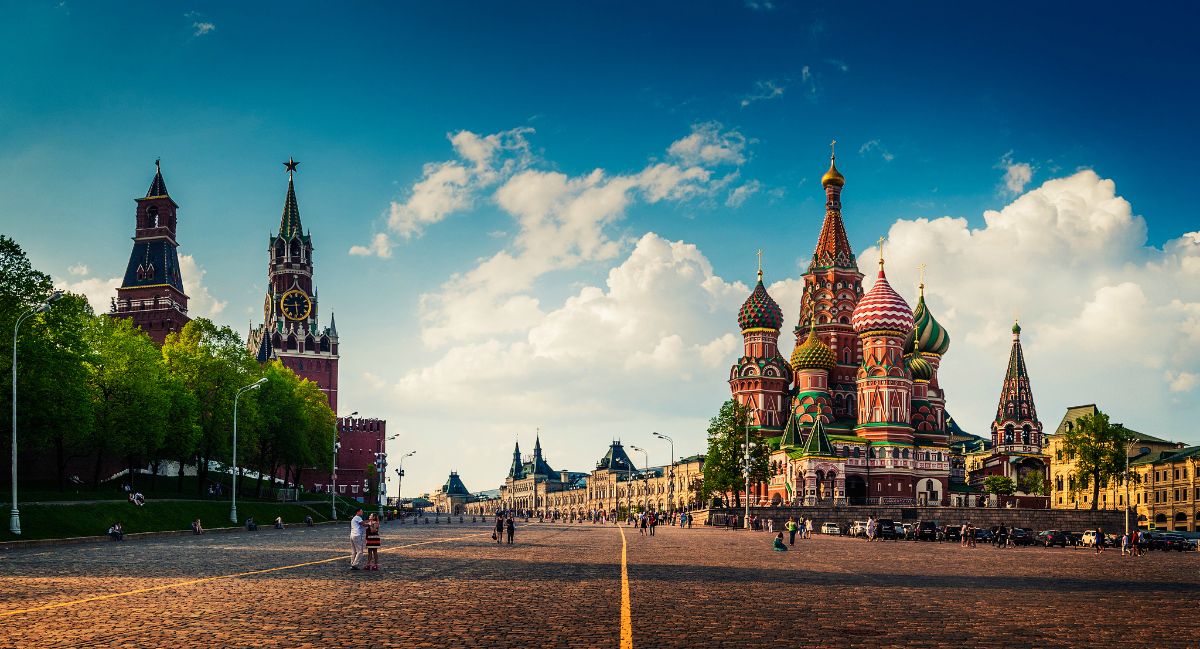 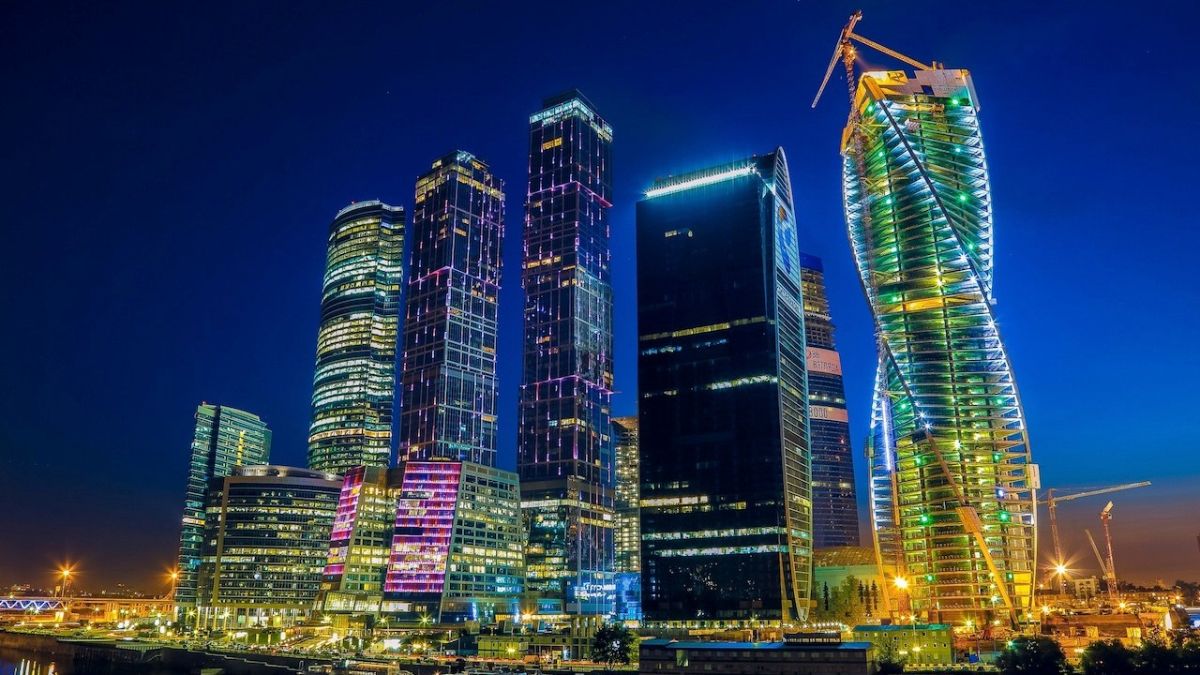 What to visit in Moscow

St. Petersburg (from 18 [31] August 1914 until January 26, 1924 - Petrograd, from January 26, 1924 to September 6, 1991 - Leningrad) - the second most populated city in Russia. The city of federal significance. Administrative center of the North-West Federal District and the Leningrad Region. It was founded on 16 (27) May 1703 by Peter I. In 1712-1918 he was the capital of the Russian state.
Named after St. Peter, the heavenly patron of the founding king, but eventually became more and more associated with the name of Peter the Great. The city is historically and culturally connected with the birth of the Russian Empire and Russia's entry into modern history as a European superpower, is a symbol of the imperial power and military glory.
Located in the north-west of the Russian Federation, on the coast of the Gulf of Finland and at the mouth of the Neva River. In St. Petersburg there are the Constitutional Court of the Russian Federation, the Heraldic Council under the President of the Russian Federation, the authorities of the Leningrad Region, the Interparliamentary Assembly of the CIS. The main command of the Navy and the headquarters of the Western Military District of the Armed Forces of Russia are also located.

What to visit in Saint Petersburg