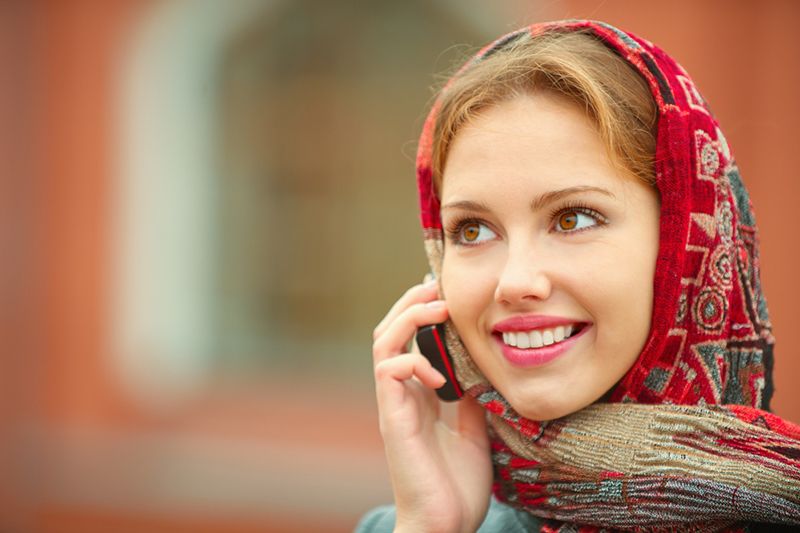 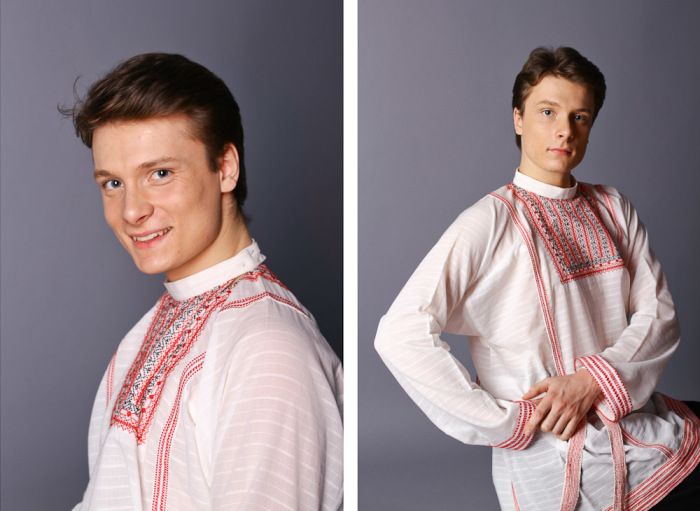 Tatars are the second most populous people in Russia, living in the Volga region. Together with the Bashkirs, the Tatars constitute the most numerous grouping of Muslim peoples, located almost in the center of Russia. Chuvash - another Turkic people, has about two million people. Altaians, Khakases, Yakuts live in Siberia. The peoples of the Abkhaz-Adyghe group live in the Caucasus: Kabardians, Adygeans and Circassians; Neh-Dagestan group: Chechens, Ingush, Avars, Lezgins; Ossetians belonging to the Iranian group.

Finno-Ugric peoples also live in Russia: they are Finns, Karelians, Saami and Komi in the north of European Russia, Mari and Mordva in the Volga region, Khanty and Mansi engaged in hunting and reindeer herding in Western Siberia.

In the Far North there live Nenets, engaged in reindeer herding.

Evenks live in Eastern Siberia. On the Chukchi Peninsula - Chukchi - reindeer herders and fishermen. The Mongolian group includes Buryats in Siberia and Kalmyks in the Caspian.

Russian national character evolved over the centuries under the influence of such factors as the severe climate of Northern Eurasia with cold winters and a pronounced change of seasons, the vast expanses of Russia, the multi-ethnic nature of the state, the need to defend the long external borders. A significant role in the formation of the national character played Orthodoxy - the most common religion and the basis of the worldview over the centuries.

The main features of the Russian character include the breadth of the soul, perseverance, compassion, humility, the pursuit of justice, community, the ability to feat, the ability not to give up. Russians do not have such features as arrogance, arrogance, hypocrisy (on the contrary, painful self-criticism is very common). Russians, as a rule, often experience emotional ups and downs (this is facilitated by the change of seasons), and although they may have difficulties with regular rhythmic work, they are capable of heroic work from time to time. Russians are good at finding a common language with representatives of other nations.

In general, the Russians are not so different from other peoples and are not a "black sheep". All peoples have their own characteristics and the Russians are not an exception. However, like in many other multinational states, here we can no longer talk about the nature of the Russians themselves as a nationality by blood, but about the prevailing culture of the country, of which many other nationalities have long been a part. Therefore, we can talk about both Russian and Russian national character.

One of the most important features of the Russian character, noted by both domestic and foreign researchers, is the "sense of revolutionary upsurge", the "heroic dominant", the readiness for heroism, the ability to mobilize forces at a certain moment. This feature is due to the special cyclical nature of the Russian way of life, probably formed under the influence of long winters and the need for rapid harvesting. Most of the time, Russians save or save energy, try not to strain again, show low interest in what is happening, are prone to mild depression, searching for the meaning of life, reasoning. In such periods as the bear in hibernation, the needs for quality of life are reduced to a minimum, the Russians are content with small, refrain from spending. Foreigners who see Russians in this period make conclusions about their laziness, apathy, slovenliness, long-suffering, slavish essence.

Periods of low activity have different scale and duration: on a country scale - years, decades, on a family scale - weeks, months. However, there are times when the Russians go into the "mode of achievement". The cause for active action can serve as war, revolution, industrialization, the building of communism, the development of new territories, etc. In such periods, Russians show their best features: mass heroism, self-sacrifice, a sense of elbow, diligence, incredible tenacity, leadership qualities. Russians are considered "typical shadow leaders" in an emergency situation. Russians often create difficulties for themselves, then heroically overcome them, for example, by performing a monthly plan in the last week. There is a proverb: "The Russians are harnessed for a long time, but quickly go."

The occasion for a small "feat" can be a festive date: birthday, New Year, wedding. In such periods, the Russian ceases to be content with the small, uncorking all nests, getting into debt, showing unprecedented generosity and extravagance.

Weakness: Russian is often difficult to work smoothly and constantly.

Generosity, breadth and hospitality
A notable feature of the Russian character is generosity, breadth of nature. Probably, the reason for this was the natural conditions: the breadth of the territory and the abundance of fresh water. Russians are one of the few who wash themselves under the stream of water. For example, many Englishmen and Japanese collect water and wash the whole family, not because of poverty or deficiency, but because of the tradition of saving. [2]

Russians are distinguished by kindness, hospitality, compassion, directness in communication, do not differ in arrogance and arrogance. Because of this, they can easily find a common language with other peoples. The reason for this is that the Russian state has been multi-ethnic from the very foundation to the present day. As a result, the Russians were able to master vast areas from the Urals to Alaska. [3]

Weakness: in kindness and compassion, parasites like the professional beggars are cashing in. Generosity and breadth can grow into wastefulness, leading to a waste of resources.

Humility and spirituality
The most important feature of Russians is the need for faith. This need is realized as deep self-confidence, in its work, in its own country, in its people, and, of course, as spirituality and religiosity. More than a thousand years ago, Russia received the Christian heritage of Byzantium and jealously preserved it. The idea of ​​the "Third Rome" for centuries rallied the country. Russian religiosity was and continues to have a pronounced spiritual character, in contrast, for example, from the Protestant ethic, aimed at achieving material prosperity. Nevertheless, there is an Orthodox ethic of work.

Resistance
For centuries, living in a zone of risky farming under the constant threat of raids both from the Great Steppe and Scandinavia, Russians, unlike Europeans, could not hope that the constructed or sown by them would not be lost for nothing, that's why Western European perfectionism is not Russian. If something is brought to an operational state, the Russians often rest on this, to a lesser extent caring about longevity and, to an even lesser extent, about appearance.

Experience in repelling raids, when women took children to the forest and then educated them themselves, and men remained to detain the enemy and the fact that, unlike Europe, in Russia, most wars actually went to destruction, as well as the experience of long orthodox fasts strongly influenced the character of Russians as warriors. Unlike, for example, the Poles, Russians do little to pursue personal fame - a common victory is more important. Especially the Russians can show exceptional resilience in defense. In the Middle Ages, only Russian fortresses could defend for months, with only flour, vegetables, water and vodka in stock (the latter was used as an antiseptic and anesthetic). In other countries, fortresses usually surrendered soon after the depletion of meat reserves.

Spirit of Mutual Assistance
In the West (at least recently), the most vivid class (receiving a lot of money, promoted in the press, their vocabulary leaks into the common dictionary, etc.) are hired managers - professionals who allow the company not to drown in competition: after all, , who are poorly organized, will be "eaten" by those who are better organized.

Risky life led to the fact that the Russians in every possible way suppressed the competition, because it is wasting resources on the competition itself. Everything is exactly the opposite: from the more fortunate, the resources "from above" were passed on to the less fortunate. At all times, the brightest class in Russia was the one who was engaged in the redistribution of resources (whoever it was - commissars, nomenklatura, bandits). And the lowest cells (brigades, peasant communities ...) were given relative freedom: from above comes the task, and how to do it - decide for yourself. This leads to the fact that the Russians look at the boss as a wolf, but overgrown with horizontal ties: today you are to me, tomorrow I'm to you. These ties, unlike the peoples of Central Asia and the Caucasus, are organized according to spiritual kinship, and not by blood. Russians do not encourage denunciation.

On the part of the state, this spirit of mutual assistance turns into a broad social policy: everywhere, where there is central heating, it did not turn off even in difficult years. According to the opposition, this hampers political consciousness: he sees heating as a reality.

Weakness: problems begin when it is necessary to punish specific individuals for the sake of the common good: Russians are allowed to write off at the exam, they give out the location of the traffic police ambushes. And not some marginal group, but all as one. Such a spirit of mutual assistance, even in opposition to the law, together with media forcing and the devastation of the 90's, leads to the fact that more things come to life from the convict's way of life: thus, the word "lawlessness" in the 80s was "slang" .

A heightened sense of justice
In American culture, everything that is legal is justified. In the eyes of the Russians, what is justly deserved is true. Russian with a creaking transfer even the creative dynasties - and "gave papa" or "bought at a mortgage auction" they do not like. Russian frankly hates racers on "Gelendvagens". The main goal of perestroika satire was precisely undeserved inequality.

Weakness: even Russian deserved inequality can look askance. Equalization in the Soviet manner is not an option. According to Viktor Marakhovsky, one of Russia's problems is how to establish an inequality that would look just in the eyes of the people.