Thanks to the fact that Russia, and earlier, the USSR occupied a huge territory, the kitchen absorbed the dishes of many nationalities. Russian cuisine is very versatile and diverse. It evolved over many centuries, enriched by borrowing from the culinary traditions of other peoples. It is interesting that the dishes and recipes vary greatly depending on the particular region: for example, the cuisine of the Russian North is very different from the cuisine of the Volga region, and the Siberian one from the Moscow one.
Traditionally in Russia, food was cooked in the oven, where a special temperature regime was maintained. Therefore, in the Russian cuisine, such methods of processing products as baking, quenching, languishing, evaporation, spinning (i.e., frying in a pan in a large quantity of oil) are common.
The basis of nutrition of the Russian people has traditionally been cereals (cereals, buckwheat) and vegetables - from the already legendary turnips and rutabaga to radish, beets and cabbage. In the 18th century, potato was introduced everywhere in Russia, which soon pushed all other vegetables from the Russian "Olympus".

Perhaps, in no kitchen in the world there is such a variety of soups: cabbage soup, rassolnik, kalya, uha, botvina, okroshka, borsch, beetroot, holodnik, kulesh, solyanka ...

In the Russian cuisine, the tradition of fish dishes is very strong, and only river fish were used for food.

Now about the most famous dishes: 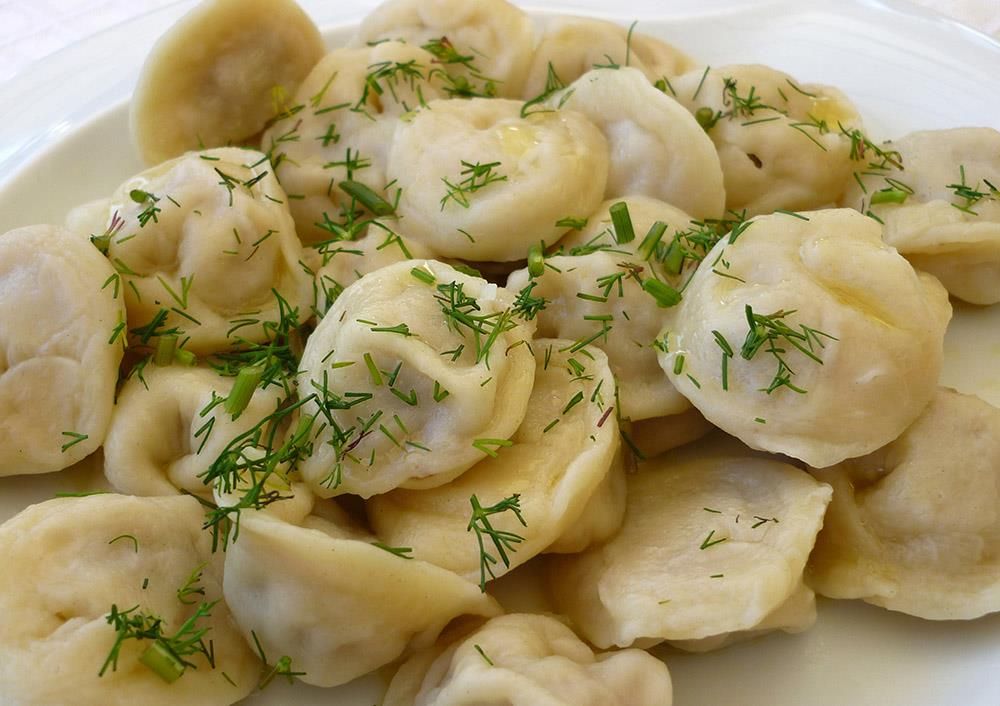 Pelmeni - without exaggeration the most famous abroad dish of Russian cuisine. It appeared in the Urals at the end of the XIV century. The very name of "pelmeni" comes from a similar word from the Finno-Ugric language group, which literally means "bread ear". Classic dumplings are minced meat, consisting of beef, mutton, pork wrapped in unleavened pastry from flour, eggs and water. Ready dumplings are boiled in boiling salted water. Serve with butter, mustard, mayonnaise or other condiments. Many generations of Russians are familiar with the tradition of modeling ravioli with the whole family. The larger the family, the larger the volume of blanks. Part of the cooked was brewed immediately, the rest was frozen. 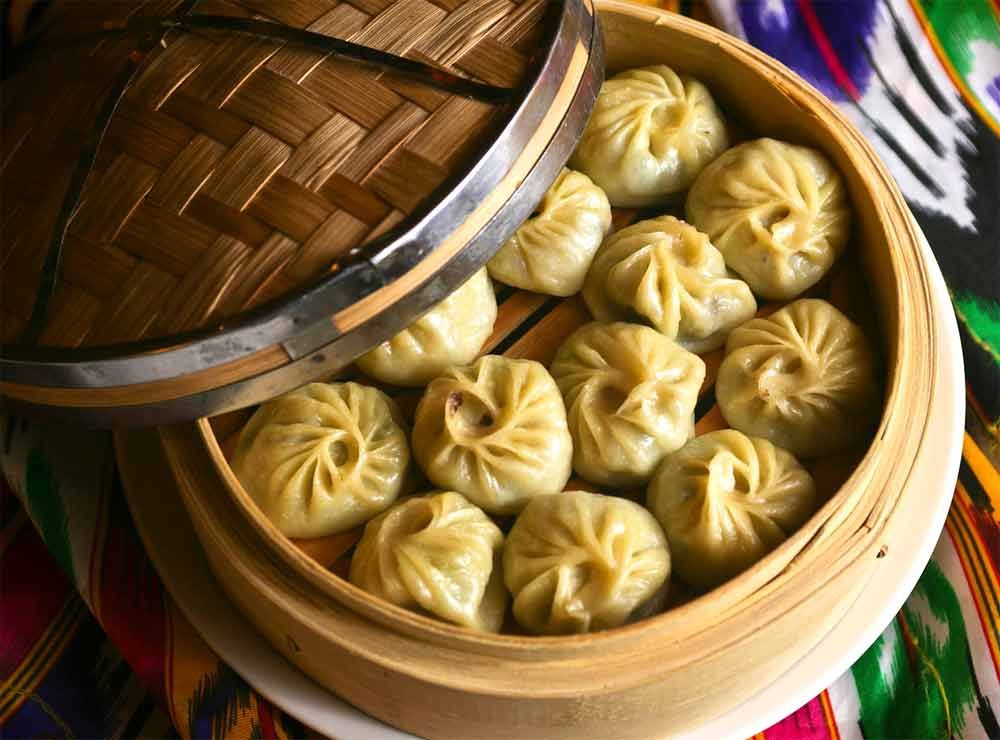 Manty (a kind of pelmeni) is a traditional meat dish of the peoples of Central Asia, Turkey, Uzbekistan, Mongolia, Korea, Tatarstan, Bashkortostan, Crimea, Kyrgyzstan, Kazakhstan and China. Consists of finely chopped meat in a thinly rolled dough; is prepared on a steam in the mantovarka (manti-kaskane / manti-kazane). 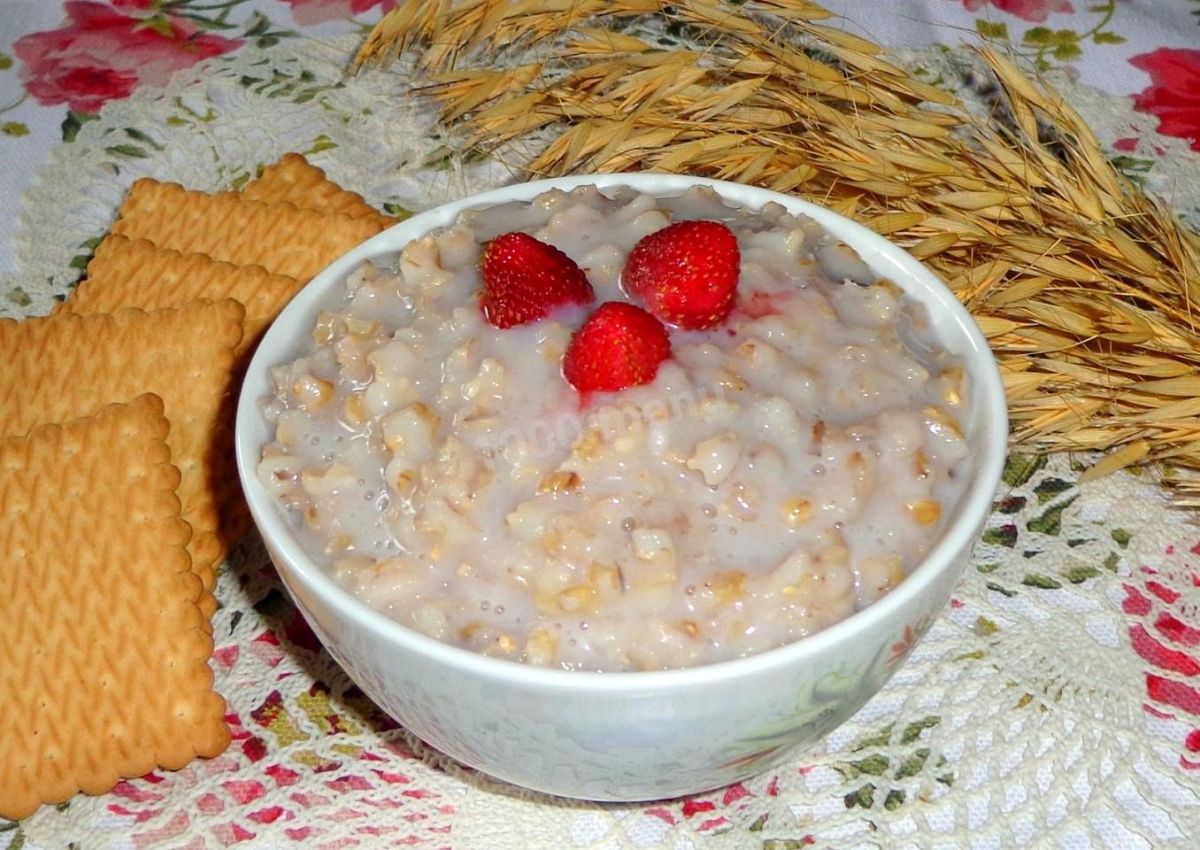 Kashi, like soups, is something without which Russian cuisine is inconceivable. Russians, especially in their childhood, always eat porridge for breakfast - they are useful and nutritious. Manna, pearl barley, oatmeal, buckwheat and a few dozen varieties ... You will most likely be offered a porridge for breakfast at a hotel, a cafe, a student dining room or a guest. It is served hot, generously flavoring it with oil. As they say in Russia, you can not spoil the porridge with oil, which means that the useful will not be harmful even in large quantities. 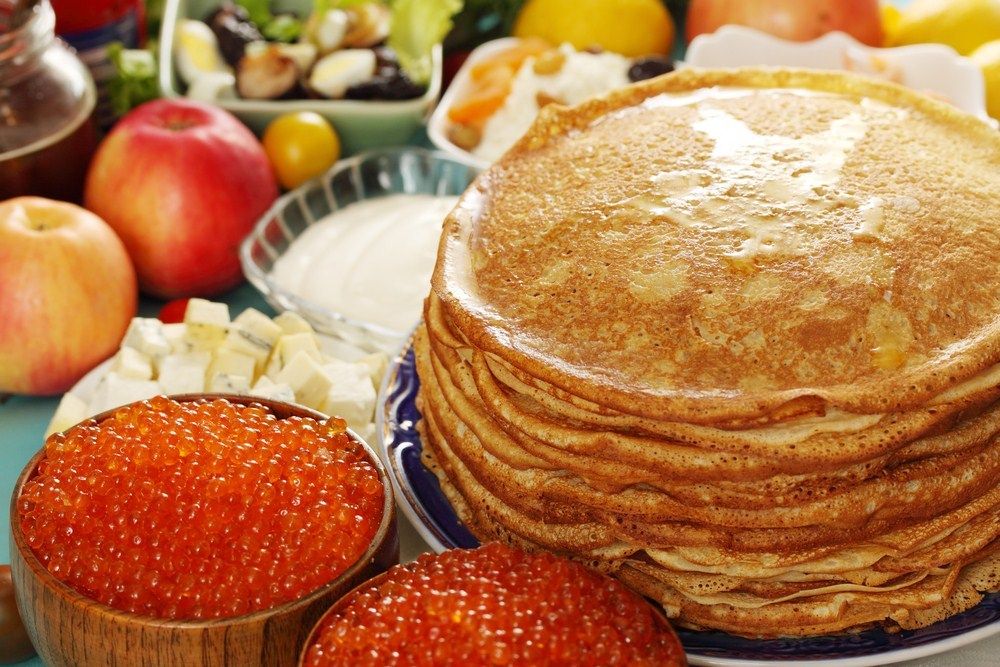 Bliny (Pancakes) - the oldest dish of Russian cuisine, which appeared in the IX century. The recipe for cooking one of the most famous Russian dishes is very simple - milk, eggs, salt, but the cooking process is akin to mastery, which can not be mastered by every hostess. The liquid dough is poured onto the oil heated in a frying pan, the task of the cook is to bake a ruddy smooth bliny without lumps and not let it burn out prematurely. The thinner bliny, the higher the level of skill. In Russia there is still a proverb "The first blin is lumpy", which means failure at the beginning of any business. Usually bliny are served hot with sour cream, butter, honey or wrap in various fillings - meat, fish, vegetable, sweet, fruit and others. Special chic - pancakes with caviar. 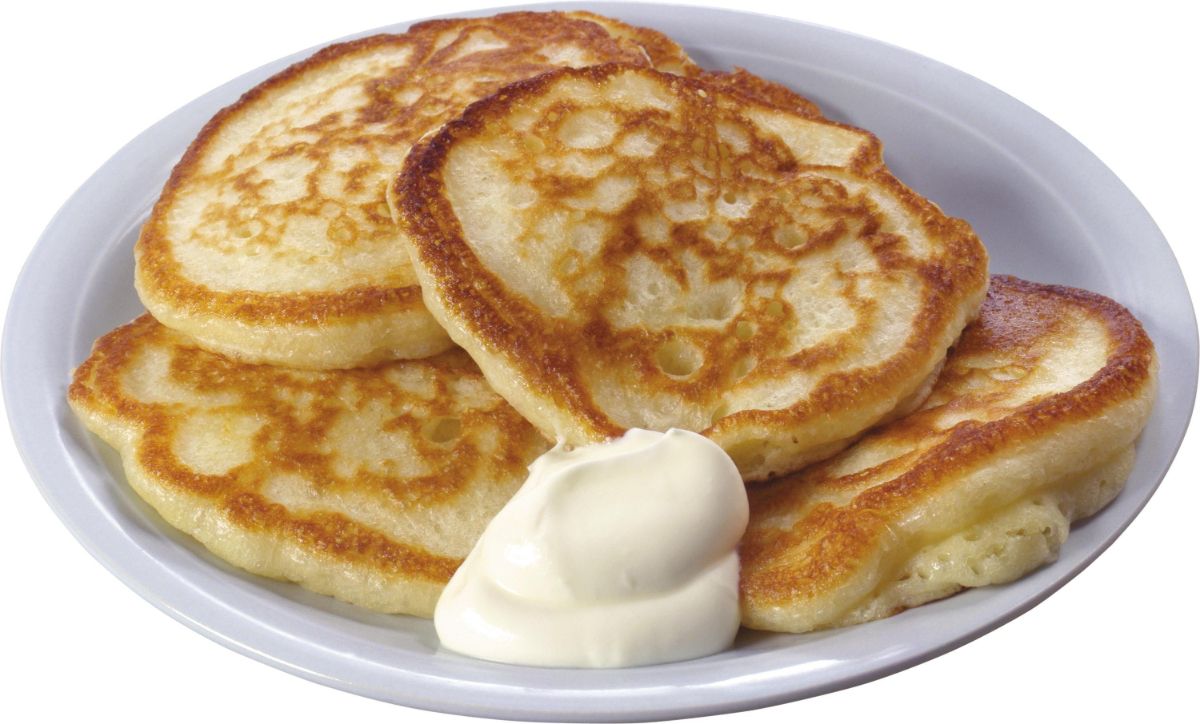 Oladi (a kind of bliny) - in Russian cuisine so called small thick bliny, which fry in oil. Oladi are baked from yeast and non-yeast dough, as well as from vegetable or cereal mass - potato pancakes, carrot pancakes, squash pancakes, millet oladi, semolina oladi (thus, the word "oladi" means a certain form of a dish, not its composition or cooking technology). 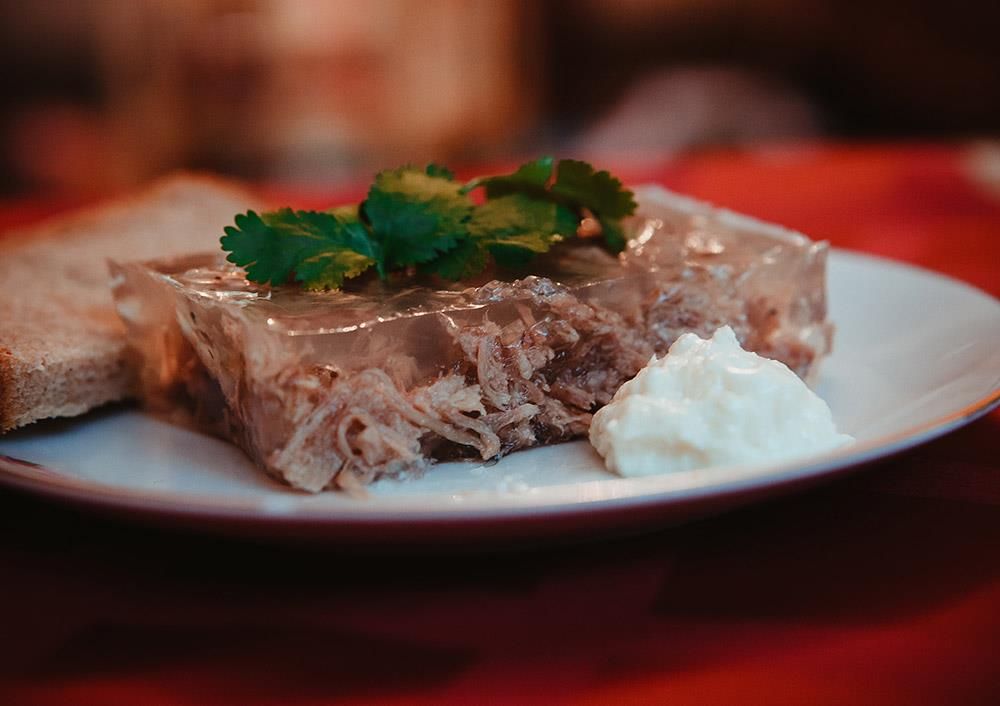 Holodec (Chill) is meat jelly. It is prepared from a thick meat broth with pieces of meat, boiled meat for several hours, and then cooled. It is served to the table as a cold snack. The seasoning is served with mustard or horseradish. 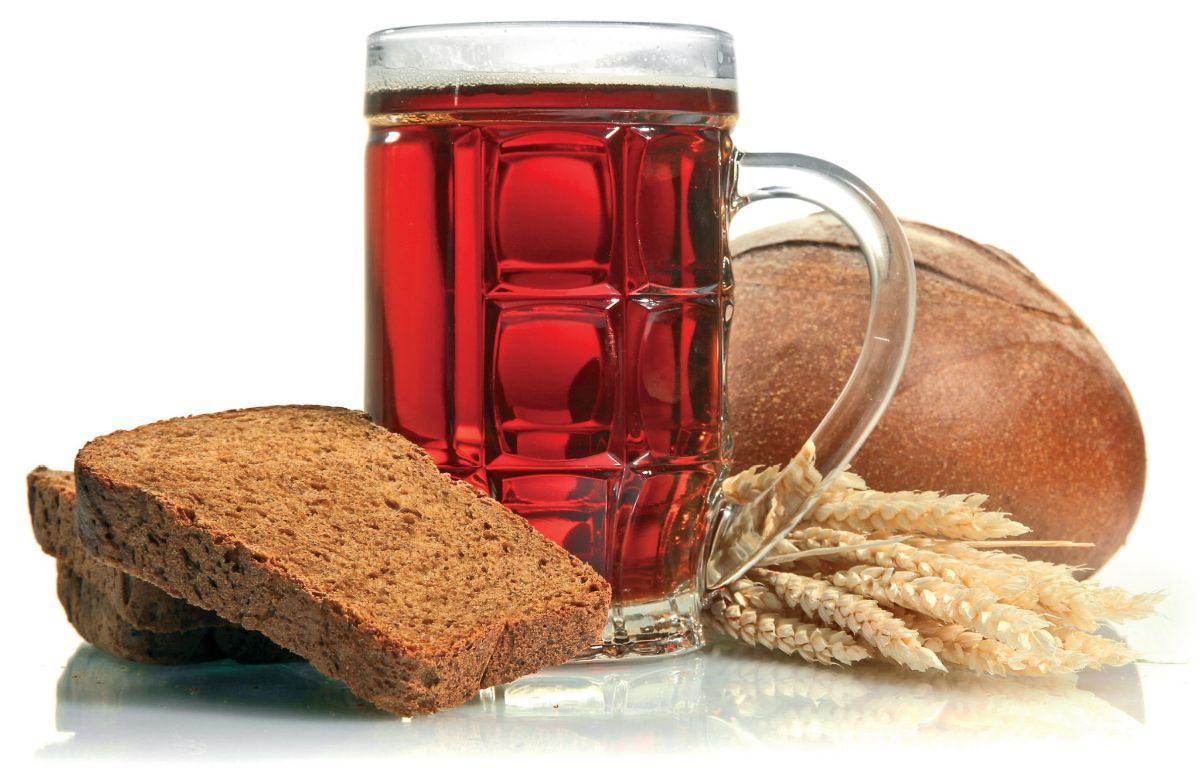 Kvass is one of the oldest Russian drinks that everyone loved, from peasants to kings. It was first mentioned in 1056. Until the end of the XIX century was made as a low-alcohol beverage (2-3 degrees) on rye malt with the addition of herbs, berry and fruit juices. Subsequently, kvass began to be made from ready-made baked bread, biscuits. Some Russians still insist on homemade kvass. The drink is very refreshing in the heat. You need to drink it chilled. 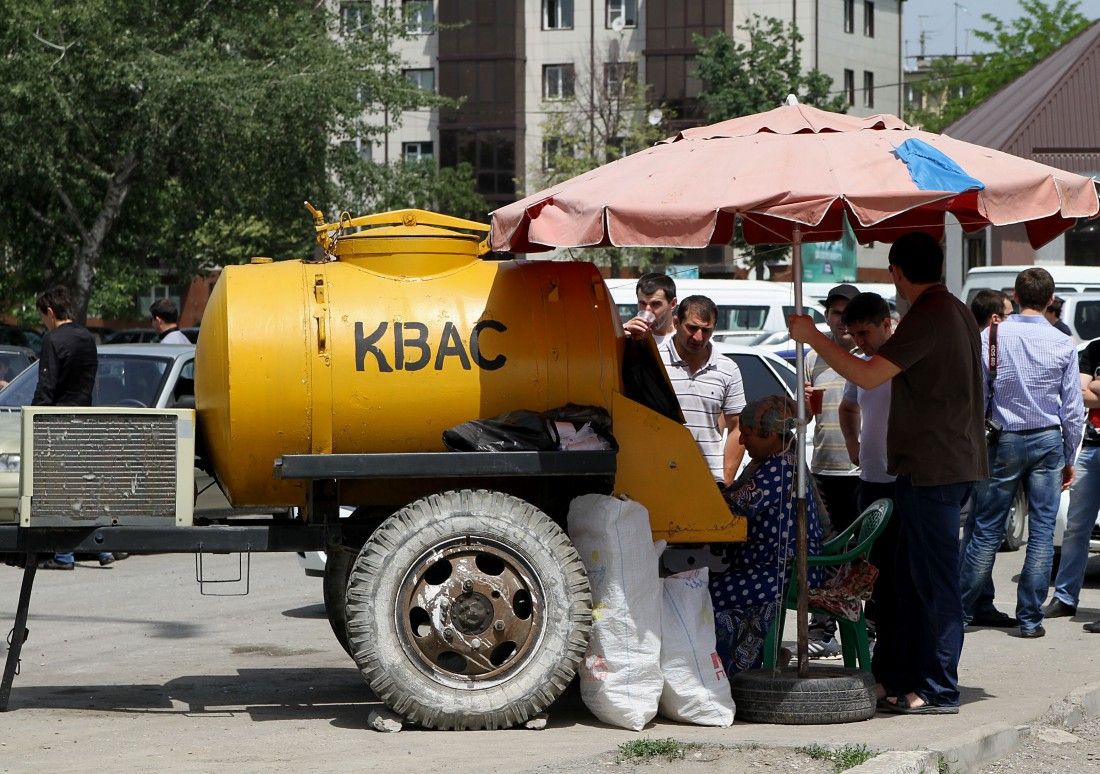 Previously, during the Soviet era kvass was sold from such barrels. In the heat, there was a huge queue for such barrels. 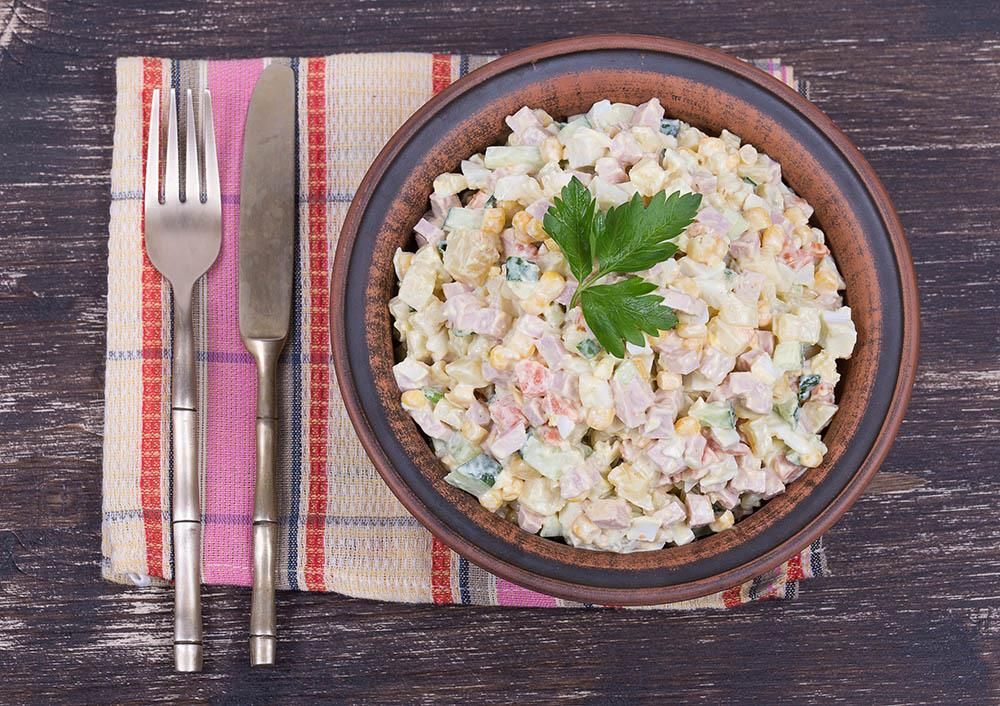 Just as Americans find it hard to imagine Thanksgiving without a traditional turkey, and the Italians have a Christmas table without lentils and dzampone, and a New Year's table in many Russian families is inconceivable without the salad "Olivier", known abroad as "Russian salad". Named after its founder, the chef, Lucien Olivier, who worked in Moscow in the 19th century, he gained special popularity in the Soviet years. Not the least role in this was the simplicity of cooking and the availability of ingredients. Classic Soviet "Olivier" included boiled potatoes and carrots, sausages, hard-boiled eggs, pickled cucumbers, green peas and dill. All this was cut into small cubes and refueled with mayonnaise. Any home holiday can not do without this salad. 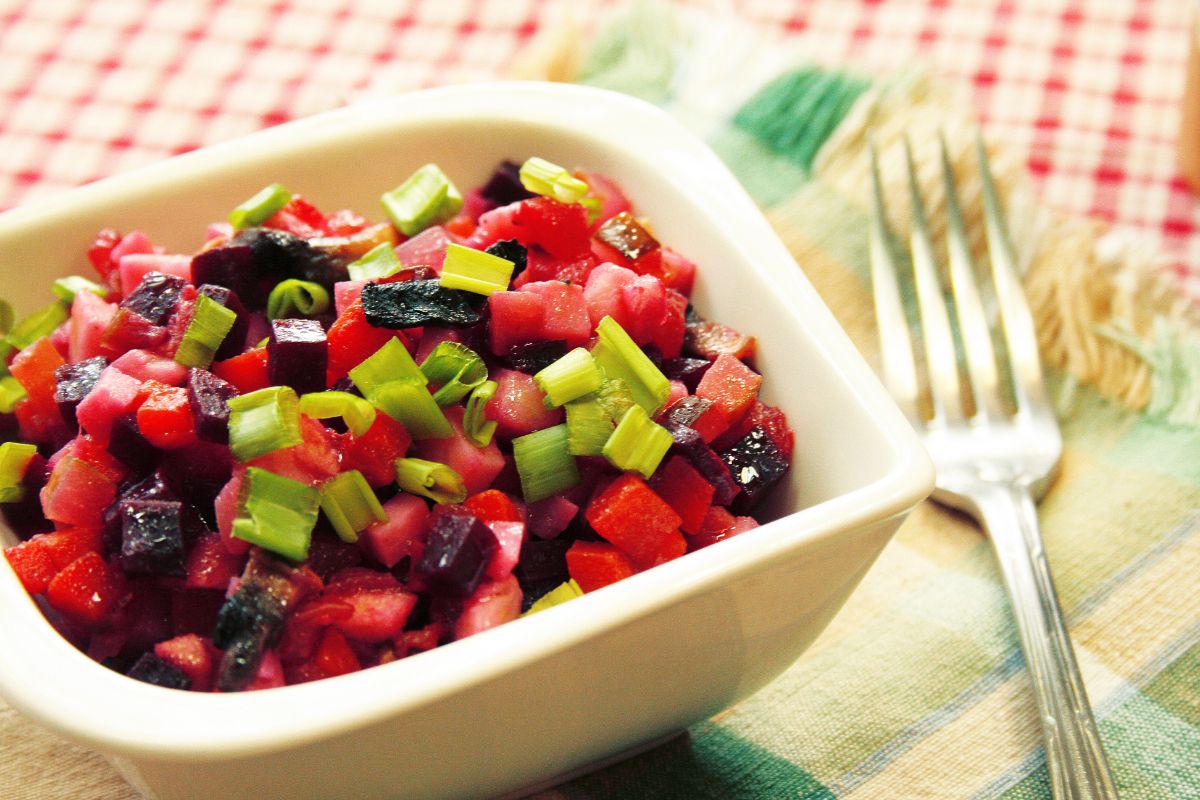 This salad appeared in Russian cuisine in the XIX century. It is prepared from boiled beets, potatoes, beans, carrots, and pickled cucumbers and onions. It is filled with sunflower oil. It looks like a "dry" borscht. Vinaigrette can be served with slices of herring on black bread. 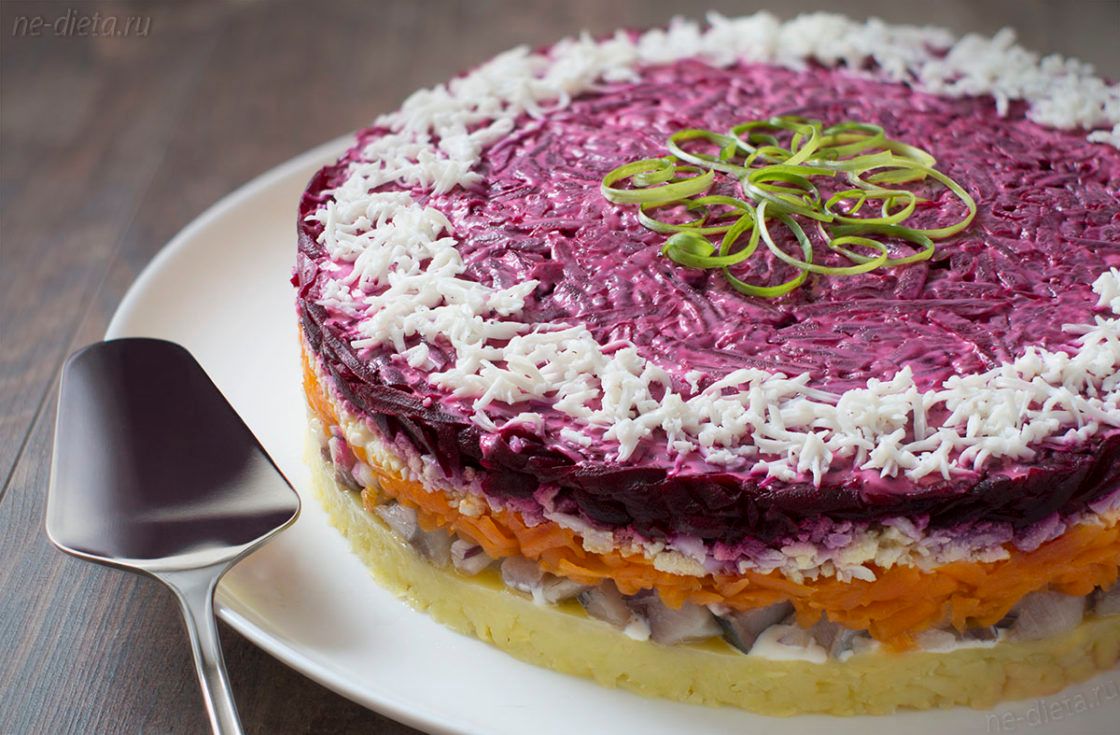 Salty, sweet, sour, basic-fresh - in the herring under the fur coat there are many hidden tastes, heavily bound with mayonnaise. The classic of the Soviet festive table, the way of cooking and its beauty is more like a cake. According to the recipe, a layer of spicy salted herring fillet cut into small pieces is laid out on a flat dish and successively covered with layers of boiled potatoes, boiled carrots, grated cooked beets, and layers of onions and green apples. It is desirable that the top layer is beetroot. In most recipes, between the layers and from above is applied mayonnaise. Usually the prepared salad is decorated with greens and sliced ​​(or rubbed) boiled eggs. There are many variations of both cooking and serving salad. 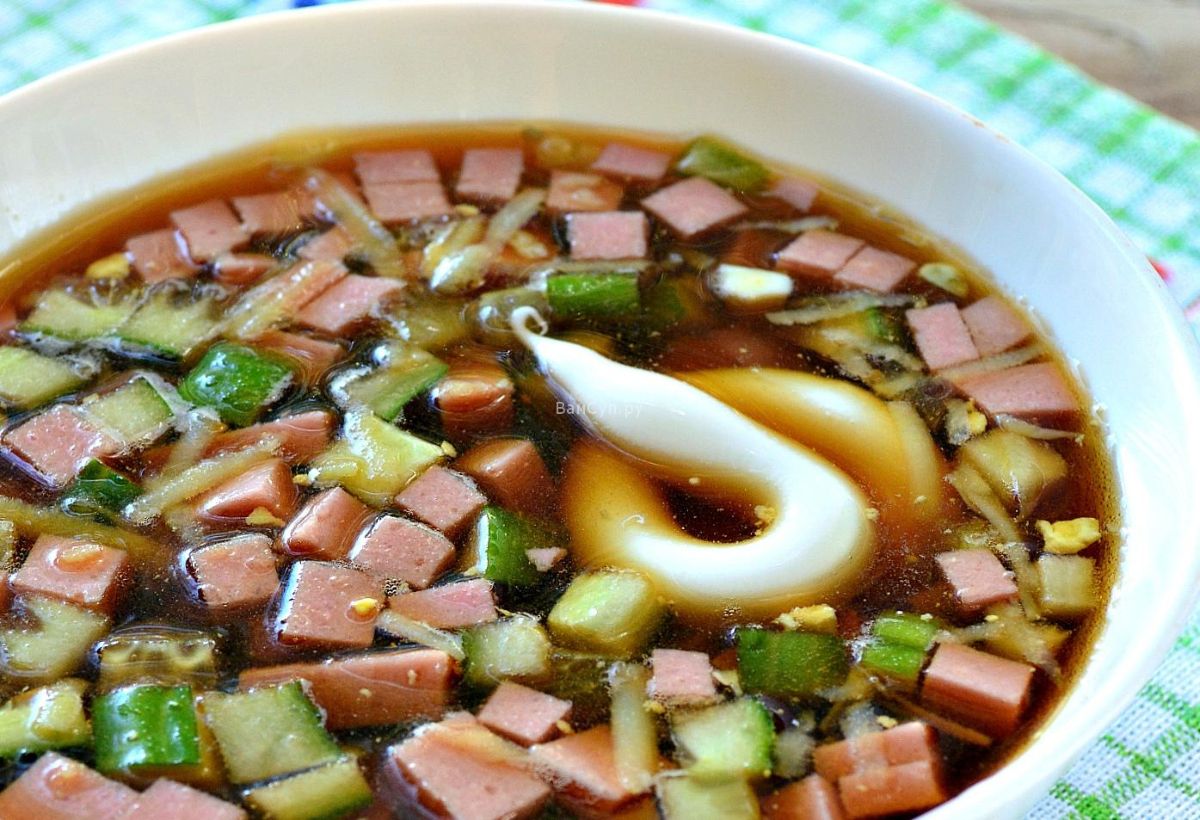 Okroshka. No dishes for summer heat are better than okroshka. It both cools and satiates, and replenishes the mineral balance. Yes, and cook it is simple - boil potatoes, meat and eggs can be at least a day, at least two, then all the ingredients are mixed, poured kvass or kefir, mineral water, ayran, etc. 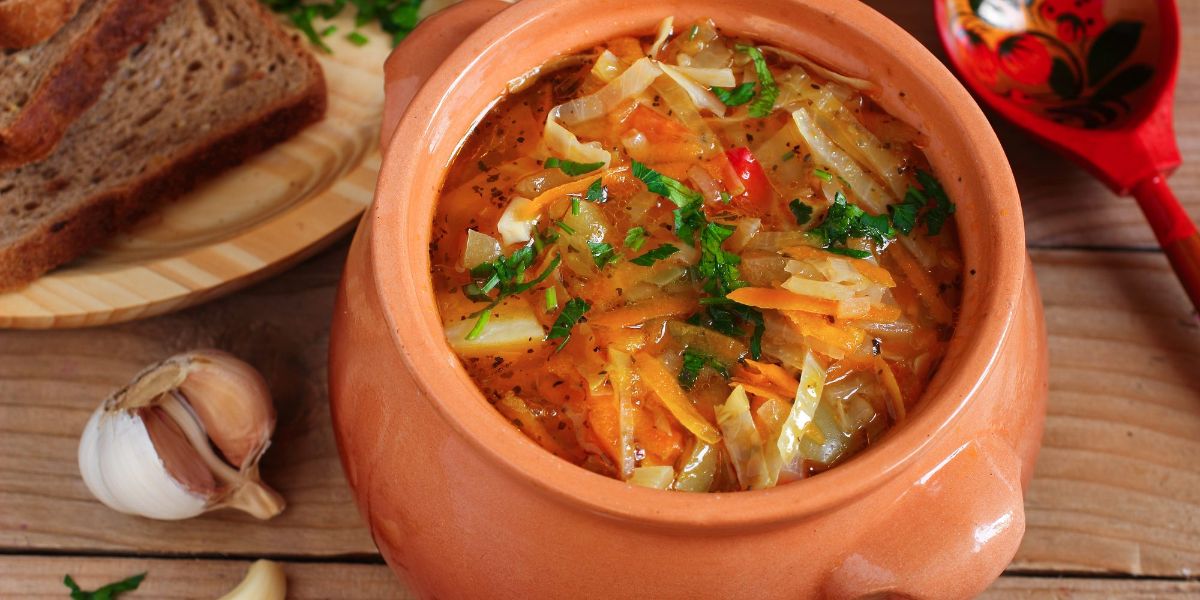 Shchi is a national Russian dish. To put it simply, cabbage soup is cabbage soup, but cabbage is not always an obligatory component in cabbage soup. Shchi can also be from other plants, for example, from sorrel or nettle - such soup is called green cabbage soup.
Classic soup is cooked from fresh as well as from sour cabbage, on meat, fish or mushroom broth or water. One of the species of cabbage soup is diurnal soup, which, before serving, is kept for a day in a cold place.
How to cook soup? In the boiling broth put the small potato cut into small cubes, then - chopped onions, carrots and cabbage (vegetables can be put into the broth raw, or can be pre-cooked in vegetable oil). And cook for 20-30 minutes on low heat.
To insure that the soup, after cooking, the pot of soup is covered with a lid and allowed to stand for a few minutes. Diurnal soup, as already said, you can eat only the next day. Serve cabbage soup with sour cream and fresh herbs. 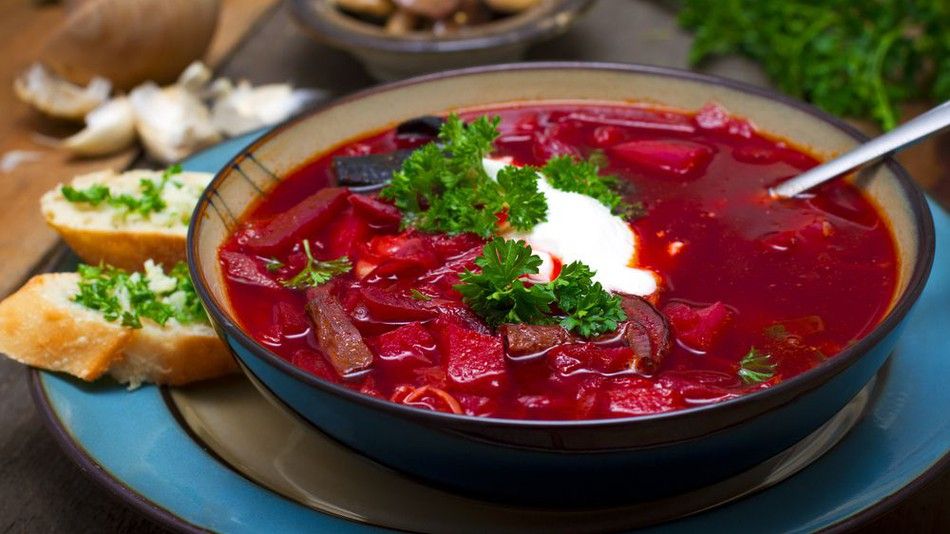 Borsch - a kind of soup based on beets, which gives the borscht a distinctive red color. Borsch is a filling multicomponent soup and is technologically difficult to prepare a dish. The main constituent of any borsch is beetroot, first of all it creates the taste, aroma and color of the borsch, and therefore borscht refers to vegetable soups. Along with the mandatory ingredients of borscht in the form of beets, cabbage, carrots, potatoes, onions and tomatoes, in various regions in the soup can include beans, apples, zucchini, turnips, sometimes Bulgarian pepper. 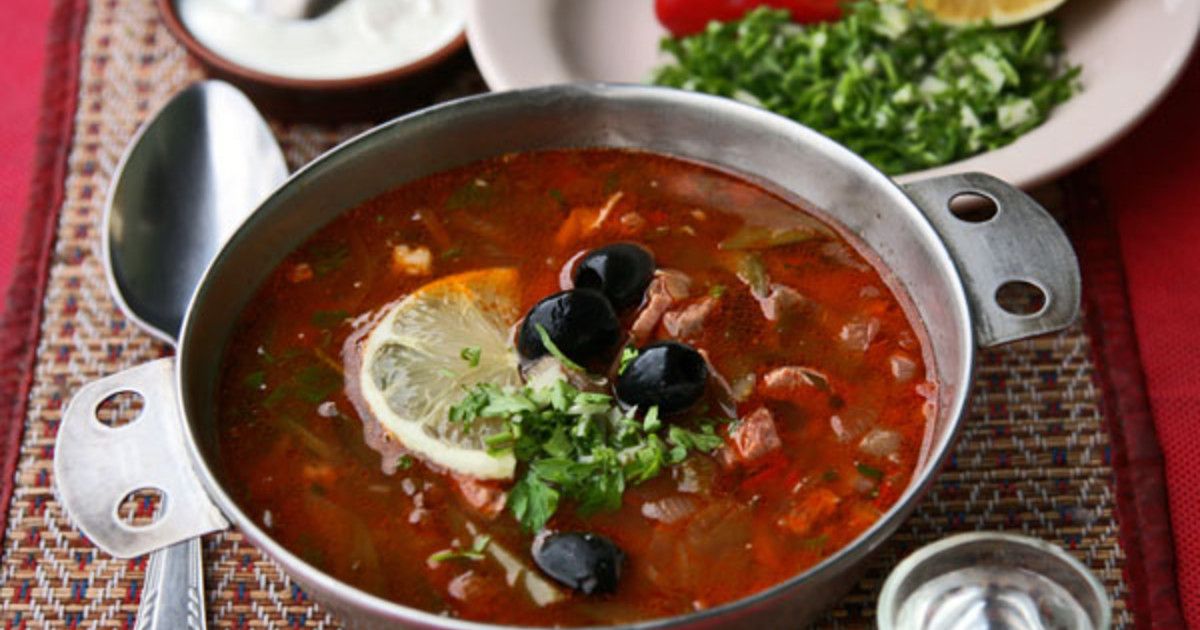 Solyanka is a dish of Russian cuisine, soup on steep meat, fish or mushroom broth with spicy seasonings.
Solyanka can be of three types: meat, fish and mushrooms. The base of the saltwort is sour-salty-sharp due to the addition of components such as pickles, olives, capers, lemon, kvass, pickled or marinated mushrooms. Solyanka combines components and cabbage (cabbage, sour cream), and rassolnika (pickles, cucumber pickle). Meat solyanka includes roasted boiled meat of various kinds, corned beef, smoked meat and sausage products. In fish saltwort - boiled, salted, smoked red fish (sturgeon). In all solyanka there are a lot of spices: pepper, parsley and dill.