Rostov-on-Don (in colloquial speech often - Rostov) - the largest city in the south of the Russian Federation.

The population of 1 125 299 people (2017) is the tenth largest city in Russia. Within the Rostov agglomeration, there are more than 2.16 million people (the fourth largest agglomeration of the country).

The city is a large administrative, cultural, scientific and educational, industrial center and the most important transport hub of the South of Russia. Unofficially, Rostov is called the "Gateway of the Caucasus" and the southern capital of Russia, as well as the Don capital. The notion of "Rostov-papa" is widespread.

In 2012, Rostov-on-Don took the 5th place in the rating of the quality of the urban environment. In 2018, Rostov-on-Don was one of the cities in which the World Cup matches took place.

Rostov-on-Don is located in the south-eastern part of the East European Plain. The city mostly lies on the right bank of the Don River, on the left bank are some industrial enterprises and entertainment institutions (see Levberdon). The south-western outskirts of the city adjoin the delta of the Don River.
A little more than forty kilometers separate the city from the Sea of ​​Azov, thereby Rostov has access to five seas: the Azov, Caspian, Black, Baltic and White. The problem of Rostov-on-Don is the actual situation of economic and infrastructure mergers and unity with the satellite towns of Bataysk and Aksai. In fact, geographically the cities merged, the minimum distance from Aksai is 34 meters, with Bataysk less than 350 meters, along the border of the park "Levoberezhny" opened on May 2, 2018 - around the stadium "Rostov Arena" for the World Cup 2018 and the water stadium - Rowing Canal. The legal registration of the unity and unification of cities in the large Rostov-on-Don will lead to the fact that Rostov-on-Don will become the only one in the number of cities in the Russian Federation and the 12th in Europe. 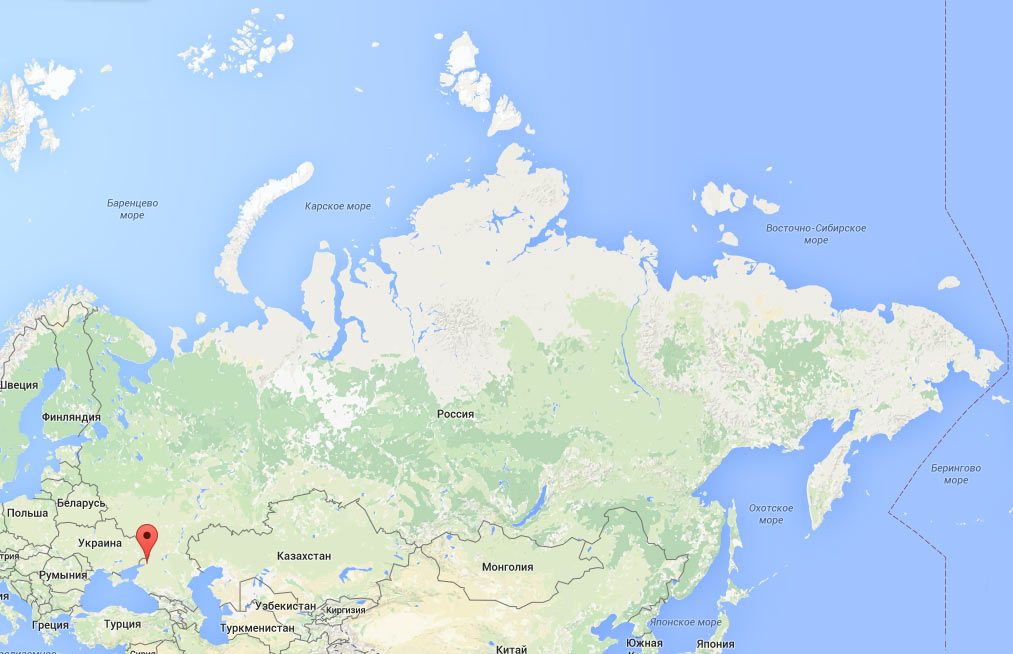 The climate of Rostov-on-Don is moderately continental. The average annual climatic parameters were established: temperature +9,9 ° C, wind speed 3,2 m / s, air humidity 72%. Precipitation is 650 mm per year.
Winter is mild and little snow; the average duration of snow cover is 10-20 days. The average January temperature is -2.9 ° C, the average annual minimum in winter is -21.3 ° C, the absolute minimum was observed in January and was -31.9 ° C in 1940. The duration of the heating season coincides with the average duration of the frost-free period and is 6 months.
Summers are hot, long and arid, with a predominance of sunny weather; the average July temperature is +28.3 ° C. The absolute maximum was observed in August and was +40.1 ° C in 2010.
The type of the relief of the city is directly related to its geographical zonality. The relief of the territory of Rostov-on-Don is flat, ravine-girlish. In Rostov-on-Don, the height of the right bank reaches 80 m. On the left bank, a low Bataya ridge, about 10 m high, rises, and only in the city of Azov, the left bank of the Don considerably rises above the right bank.
Through Rostov-on-Don, the largest river of the region - Don. Also in the city there are other rivers, among them Temernik and Dead Donets.
Rostov-on-Don is one of the largest economically developed cities in the south of Russia. The volume of industrial output for large and medium-sized enterprises alone is about 31 billion rubles a year, the growth rates of industrial production in the city are stable. Almost 50% of the trade turnover in the region is in Rostov. The business card of the city is such enterprises as LLC Rostselmash, OJSC Rostvertol, Baltika-Don, Donskoy Tabak, Tavr, Yug Rusi, Gloria Jeans, Aston, TagAZ, OJSC "Donavtovokzal", OJSC "Almaz", JSC "Horizon", OJSC Rostov Plant "Pribor".
Rostselmash's products cover about 60% of the Russian market, Donskoy Tabak 12%, and Baltika-Don - 96% of the regional market. Rostvertol is the only enterprise in the Russian Federation that provides helicopter production for various purposes, Yug Rusi is known as the largest producer and exporter of sunflower oil.
Big Garden is one of the oldest and most beautiful streets of the city, in particular, on Bolshaya Sadovaya there are such attractions as the Town House, the Musical Theater, which is one of the largest musical theaters in the Southern Federal District, opposite the theater in Pokrovsky Square there is a monument to Elizaveta Petrovna, on whose decree in 1742 the fortress of Dmitry Rostov was founded. Near the monument Pokrovsky temple, the city philharmonic society.
Favorite places for recreation Rostov are the left bank of the Don (also known as Levberdon), where there are sandy beaches, numerous recreation centers, cafes and restaurants, as well as the Green Island on the Don and the Kumzhenskaya Grove.
More than 60 hotels currently operate in Rostov-on-Don, the largest of them are Radisson SAS Don, Villa de Ville, Petrovsky Prichal, Park Hotel Donskaya Roshcha, Don-Plaza, Varadero, Attache, Valencia, the Hermitage, Europe, Old House, Vertol Hotel, Amaks, Marins Park Hotel (former Rostov Hotel), Brigantina, Sheri Hall, Severyanka "," Park City Hotel "," Chateau "," Nikolaevsky "," Nadezhda ", Moscow and others.
On the basis of the parks "Pleven" and "October Revolution," it. Gorky created modern attraction complexes. Remaining the most accessible part of the cultural and recreational space for all categories of Rostov, parks continue to be in demand. In the park "Friendship" on the Boulevard Komarova installed 14 columns, next to which are mounted medallion sites sister cities from Scotland, Germany, France, Bulgaria, Finland and Korea.
One of the attractions of Rostov-on-Don is a mosaic panel in 5 underground passages, which were created in the late 1970s.

The first wooden bridge in Rostov-on-Don connected the monasteries of the monastery of Surb Khach with the island on the river Temernik. Later, all the wooden replaced with concrete. The builders always had many tasks - during construction it was necessary to take into account the interests of both the railroad, if the construction was railroad, and the interests of navigation. 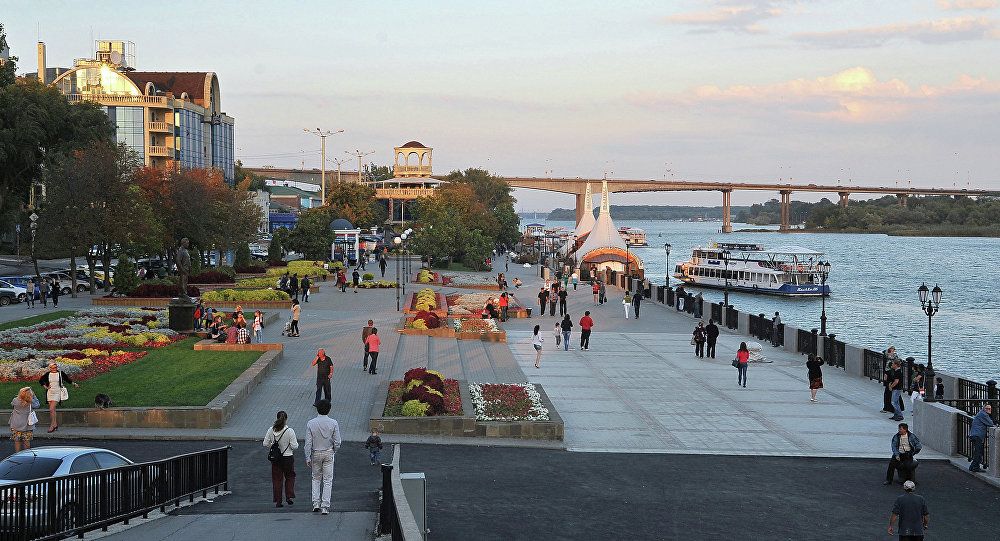 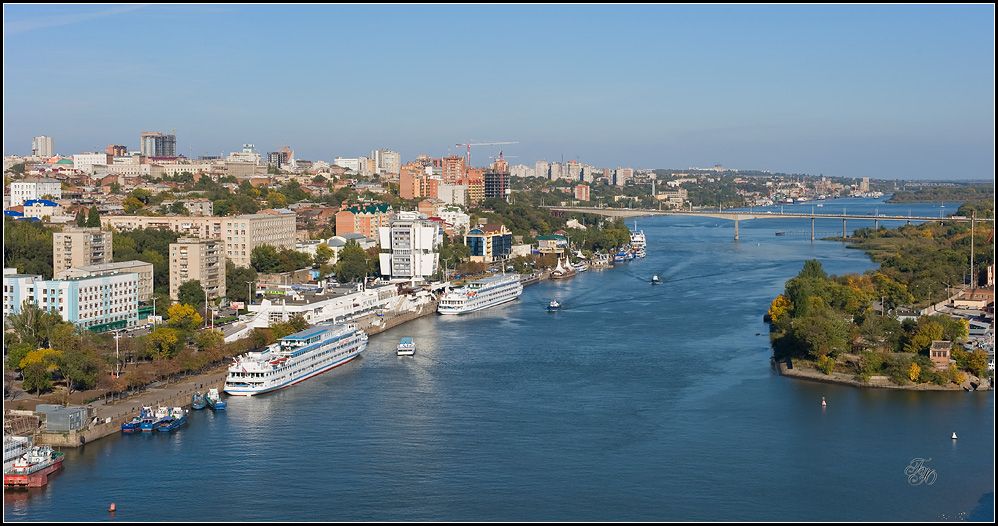 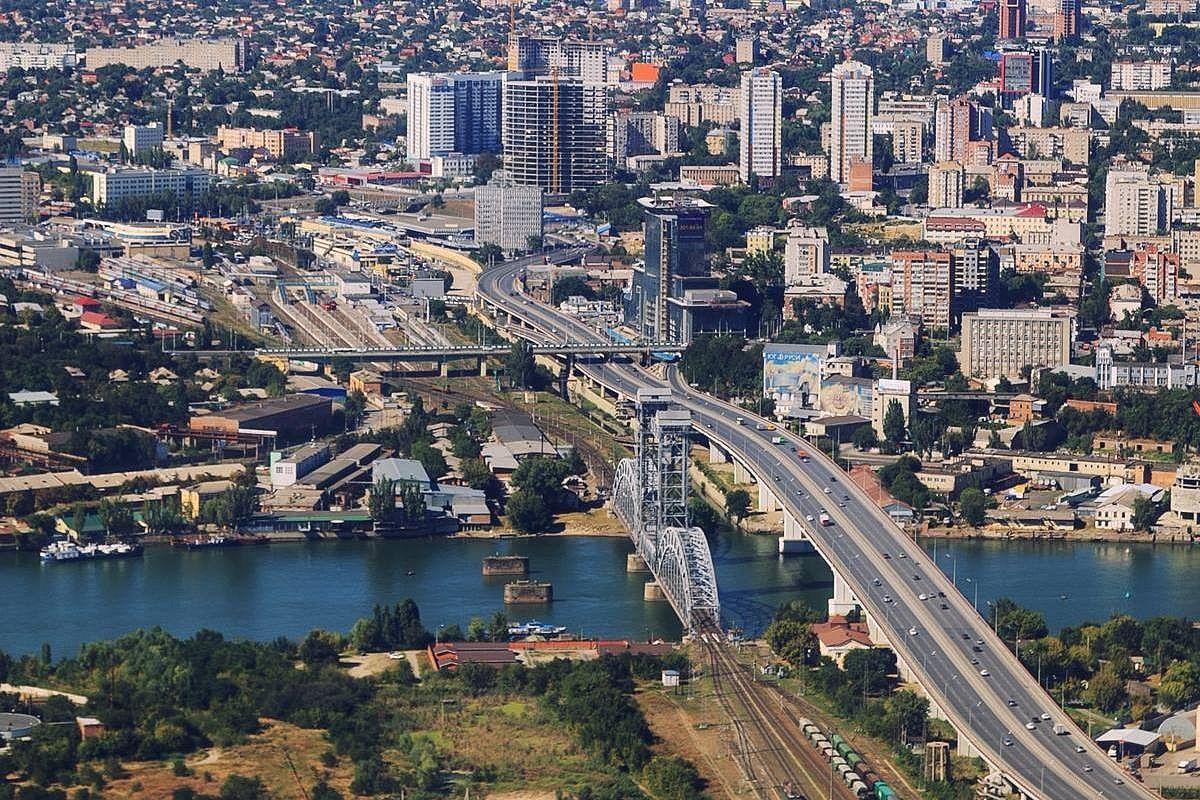 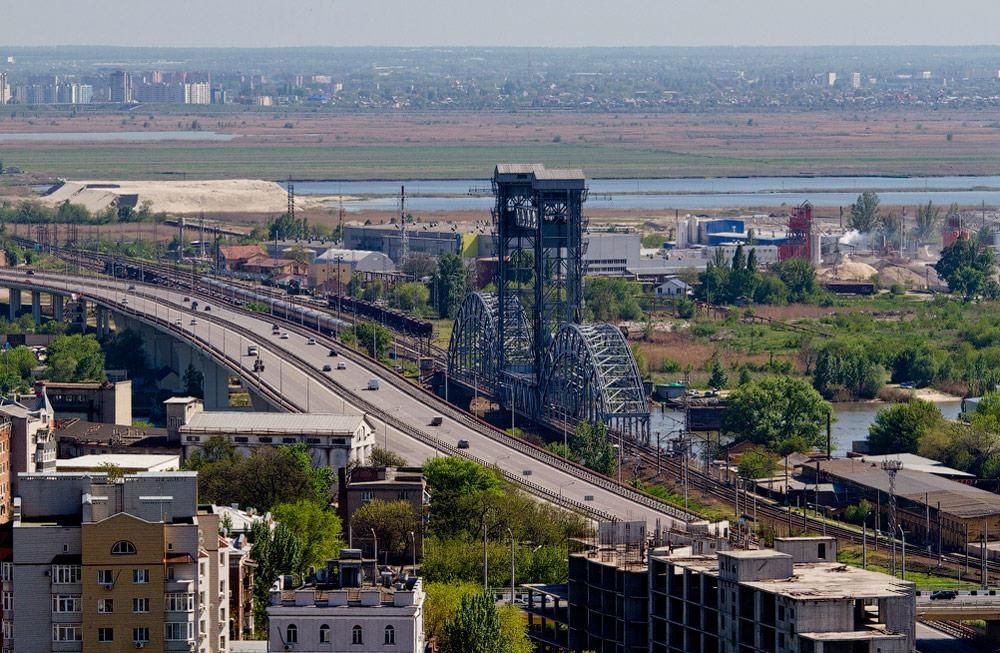