Kazan (Qazan) is a city in the Russian Federation, the capital of the Republic of Tatarstan, a large port on the left bank of the Volga River.

One of the largest religious, economic, political, scientific, educational, cultural and sports centers in Russia. The Kazan Kremlin is one of the UNESCO World Heritage Sites.
Historically, the capital (center) of the Kazan Khanate, the Kazan kingdom, the Kazan province and the Tatar ASSR.
The city has a registered brand "the third capital of Russia". 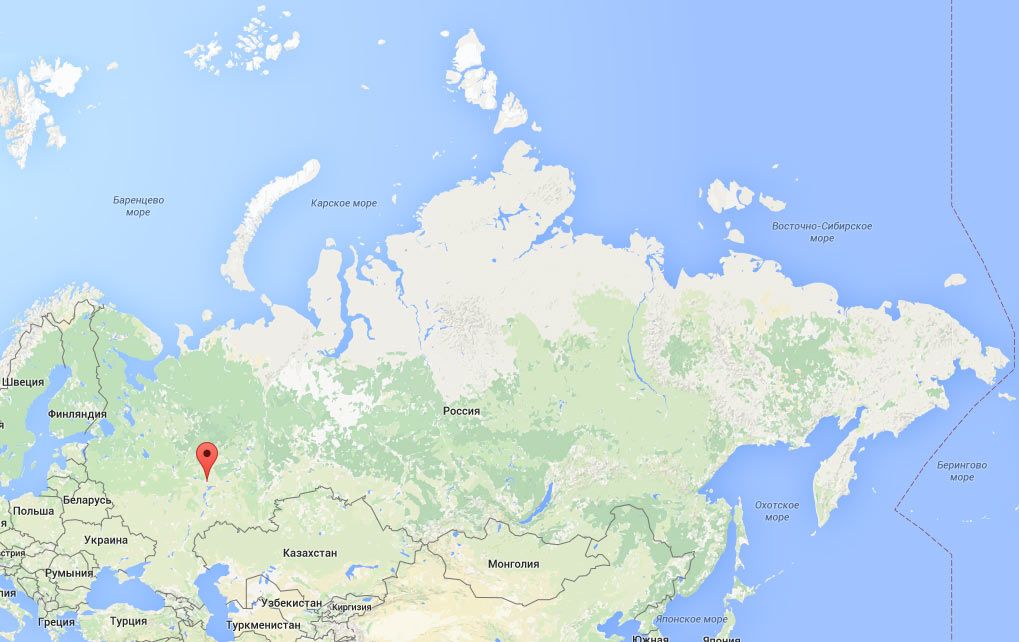 In 2005 the millennium of Kazan was celebrated.
In 2011, the European Weightlifting Championship was held. In 2013, the city hosted the XXVII World Summer Universiade, in 2014 - the World Fencing Championship, in 2015 the World Aquatics Championship was met, in 2017 the Cup of Confederations was adopted and, for the first time in Russia, the official stage of the Red Bull Air World Championship Race under the auspices of the International Aviation Federation (FAI). Also Kazan hosted the Wushu World Championship. In 2018, Kazan will become one of the cities in which the World Cup will be held.
Kazan is located on the left bank of the Volga River, at the confluence of the Kazanka River, 820 km east of Moscow. Thanks to its favorable geographical location, Kazan has long been a trade intermediary between East and West.
The length of the city from north to south is 29 km, from west to east - 31 km. The city in the western, central and south-western parts overlooks the Volga River for about 15 km. In Kazan there is one bridge across the Volga - at the extreme western border of the city's territory. The Kazanka River flows from the north-east to the west through the middle of the city and divides Kazan into two commensurate parts on the territory - the historical south of the river and the newer north to the north. Two parts of the city are connected by five dams and bridges, as well as a subway line.
The climate of Kazan is moderately continental, severe frosts and scorching heat are rare and not typical for the city. The most frequent winds are the southern and western winds, the calm is an average of 13 days a year. The snow cover is moderate, reaches its maximum height in February and March - 38 cm. The number of clear, cloudy and cloudy days in the year is 40, 169 and 149 respectively. The most cloudy month is November, the least cloudy are July and August. In autumn and spring there are fogs, only 16 days a year. The average temperature in the summer is +17 ... 20 ° C, in winter - -9 ... 12 ° C.
The main environmental problems are: pollution of the atmosphere, poor quality of the waters of the Volga, Kazanka and other water bodies within the city, insufficient greening of the city, as well as recycling of garbage. Despite the unsatisfactory situation, Kazan is not included in the list of cities in Russia with the highest level of air pollution, and is also the only major city in the Russian Federation that completely recycles its waste.
According to the official version adopted at the present time, the city was founded more than 1000 years ago. The estimated date of appearance of the urban settlement on the site of Kazan is 1004 - 1005 years. The basis for such dating is the Czech coin, dating from the excavations on the territory of the Kazan Kremlin, dated by the reign of St. Wenceslas (presumably, coining 929-930 years) and became the earliest Czech coin.
Kazan is one of the largest industrial, financial, trade and tourist centers in Russia.
During the year, more than a million tourists come to Kazan.
The oldest Kazan emerged in the beginning of the 10th century as a fortified Bulgarian fortress and was located on the north-eastern tip of the Kremlin hill - the peak of the cape. Kreml is a favorite place for many tourists who come to Kazan specially or who have traveled here. Attractive for guests of the capital is the Tatar Hermitage, historical monuments and modern museum complexes, shopping arcades located near the Kremlin walls, where you can buy a lot of different souvenirs and gifts.
Kazan is one of the most developed cities in Russia in terms of sports. The city hosted two World Hockey Championships in 2005 and 2011, the 2013 Summer Universiade, the Fencing World Championship of 2014, the World Aquatics Championship of 2015, the Confederations Cup 2017, and also repeatedly hosted sports competitions of various level. In 2009, the city became the venue for the All-Russian Forum "Russia - a Sports Power". In 2009, Kazan received the National Award "Golden Team of Russia" in the category "Sports Capital". In the future, the city will host the 2018 FIFA World Cup.

The Kazan Kremlin and the Kul-Sharif Mosque

The Kazan Kremlin and the Kul-Sharif Mosque at night