The notion of "controlled delivery" as an integrated operative-search activity of state security agencies.

However, heavily radioactive things among the luggage of tourists are still there. And this circumstance makes us assume that the campaign of Igor Dyatlov's group was planned from the very beginning as very unusual. In this we are convinced by a number of very strange events and coincidences related both to individual participants in the campaign and the events around it.
We dare to assume that the carrying of things was by no means a secret from the competent authorities and was not criminal. Someone from Igor Dyatlov's group carried two sweaters and trousers with radioactive dust for transferring them to a group of "transit" agents in a pre-determined location. This transfer was planned initially, and long before the campaign, and meeting with the "transit" on the slope of the Holatchahl was not at all accidental. The planned KGB operation we would call now "controlled delivery," but in those years there was no such thing. This phrase first appeared in 1988 in the "UN Convention against Illicit Traffic in Narcotic Drugs and Psychotropic Substances". In the broadest sense, "controlled delivery" means a method whereby the export, importation or importation into the territory of one or more States of illegal or suspicious consignments of cargo with the knowledge and supervision of their competent authorities for the purpose of investigating an offense and identifying persons , participating in the commission of this crime. The definition, although it sounds somewhat clumsy, is the most legally correct of all possible, it is taken from Article 2 of the UN Convention against Transnational Organized Crime.
Operations of this kind are divided into external and internal "controlled deliveries" in accordance with whether they are supposed to cross the state border during their implementation, or not. Another criterion of classification is the authenticity of the "delivered cargo" to the declared. If during the operation at all its stages the movement of the cargo about which the object of the operation is notified is actually carried out, then such a delivery is called "ordinary". If the object being developed is misinformed and the law enforcement agencies make replacement of the cargo with a safe dummy, then they speak of "controlled delivery with a substitute".
"Controlled delivery" is a complex operational-search activity, because its implementation breaks down into many elementary (simplest) operational measures. For example, questioning (operational survey is a special operational-search activity, consisting in obtaining information by direct communication between the operative employee (or trustee) and the bearer of relevant information, without disclosing the official belonging to the operative and the true purpose of obtaining information). Or verification purchases, which are an independent type of operational-search activities. Or the establishment of observation, perhaps, repeated, for different persons and objects. Very often, during the preparation of a "controlled delivery" operation, it is necessary to solve the very important (and difficult) task of promptly introducing a full-time operational officer (or trustee, so-called "confidant") into the medium of interest to the law enforcement agency. Very often, law enforcement agencies have to deal with the organization of an implicit influence on persons capable of facilitating the tasks of operative-investigative work, and those who are exposed to such an influence should not understand who is its true initiator and in whose interests certain actions or decisions are to be taken.
An important condition for conducting a "controlled delivery" is the documentation of its most important stages in order to facilitate subsequent criminal proceedings. Such documentation implies the use of technical means (photography, video and audio recording) that are acceptable in a given situation, the preservation and consolidation of traces of persons involved in the operation (fingerprints, handwriting, etc.), material evidence (tare, with traces of the transported substances, forged documents, seals, weapons, etc.). Reliable documentation of illegal activities during the "controlled delivery" operation is one of the main tasks of organizing such operational combinations.

Although immediately underline: documenting the illegal transaction and bringing to trial the violators of the law - this is sometimes not the only task of the operation "controlled delivery". Sometimes this kind of operational combinations are used to deepen the introduction of a law enforcement officer into an opposing criminal organization, in order to confirm its reliability. It is also possible to use such operations to disinform the enemy (as a rule such such combinations are implemented by the state security agencies when new or poorly studied substances, materials and chemical compounds that do not have any significant market value act as the supplied product).
Controlled delivery took its proper place in the arsenal of operational-search methods long before the formal legalization of the term itself. This essay already mentioned the story of radioactive water, extracted in 1954 by Latvian nationalists for British intelligence MI-6. It was a classic operation to disinform the hostile intelligence service, implemented in the form of a "controlled delivery" of the sample, which was not true and therefore had no practical benefit to the enemy.
In 1957, someone handed the American intelligence officer John Craig a hat from Tomsk-7. Now, the Americans tried to do this kind of trick with someone who worked in Chelyabinsk-40. However, at some stage - which it is impossible to say - the existence of a "spy" in a closed city became known to the competent authorities. Incidentally, one can not exclude the fact that from the very beginning the notorious "spy" was a "set-up" to the KGB and the whole operative game was started with the aim of creating a stable channel for the long-term disinformation of the enemy. (The history of the state security bodies knows many examples of such operational combinations.) 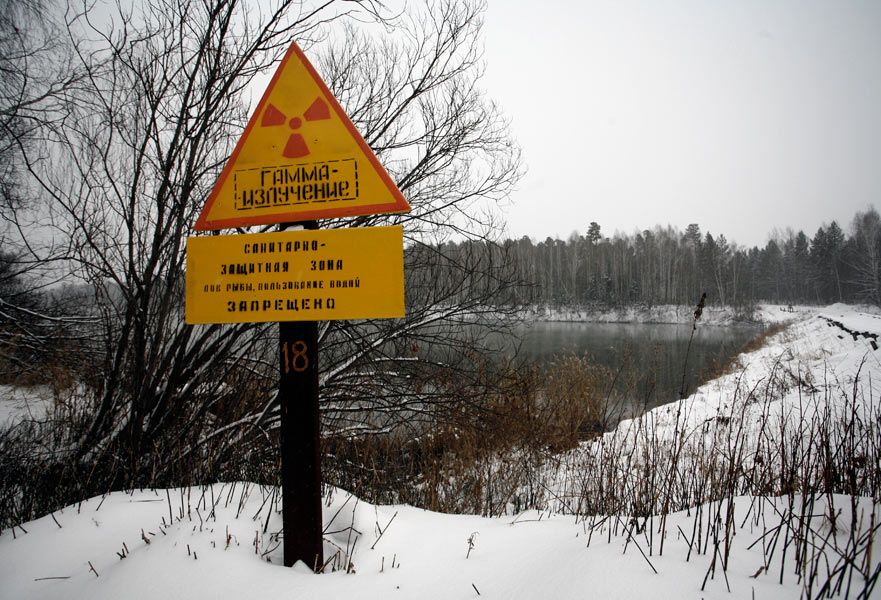 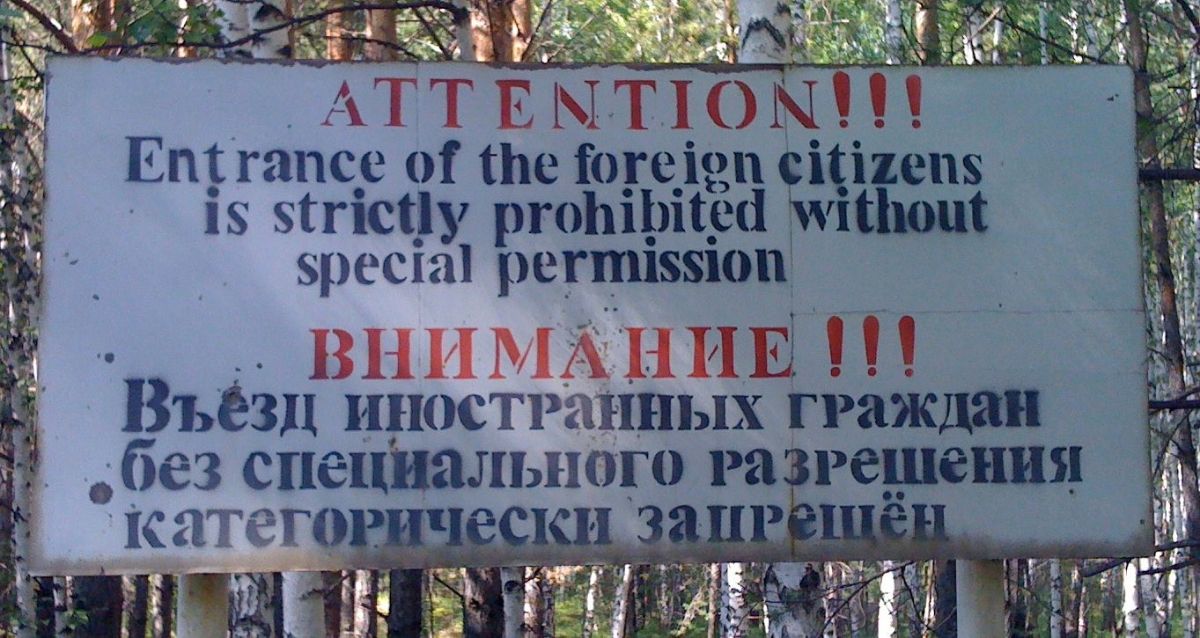 Ozersk-Lakecity (Chelyabinsk-40) is a city in the Chelyabinsk region of Russia.
The city of Ozersk, like some other cities in Russia, is a closed administrative-territorial entity. He is considered the first-born of the nuclear industry, because it was here that a plutonium charge was created for an atomic bomb. The city is surrounded on all sides by lakes - Irtyash, Kyzyltash, Malaya and Bolshaya Nanoga - thanks to which Ozersk got its name.

Be that as it may, the Committee decided to play with the transatlantic enemy in giveaway - to arrange the transfer of material especially valuable in the eyes of enemy intelligence. The Americans apparently seemed so successful that to get a valuable cargo from the very heart of the Soviet nuclear industry they specifically sent "transit" agents who were to intercept the "postman" in the taiga. Not to kill, of course, but to meet and under the preconceived pretext to carry out the reception and transfer of valuable radioactive cargo.