Within the group there was at least one link based on special interpersonal preferences. It's about a couple of "Igor Dyatlov - Zina Kolmogorova." It is no exaggeration to say that these young people were united by platonic affection. In itself this high and beautiful feeling can be welcomed in the usual setting, but in a situation of extraordinary, stressful, risky life, it can play a very dangerous role, serve as a kind of detonator of the destruction of one-man management and subordination. In an extreme situation, affection can unexpectedly and, if not, adversely affect the adoption of an important decision, push a person to refuse to execute a team, or induce a member of the group to suboptimal (from the point of view of the majority) actions. This should be remembered, especially since in this hike such extreme situations no doubt arose ...

So, on January 23, 1959 the group left Sverdlovsk and on the night of January 24 to 25 arrived in the village. Ivdel (about 340 km north of the place of departure). On the road there were two incidents, deserving of being noted here. We are talking about conflict situations involving police officers. In one case, tourists were not allowed to spend the night in the building of the station in Serov and Yuri Krivonischenko, mocking, began to ask for "charity for sweets" near the closed railway doors (this escapade ended with a walk to the police station at the station). Another time, some drunk came to the tourists on the train Serov-Ivdel, who stated that they had stolen a bottle of vodka from him and demanded to return it. With a jerk, of course, no one cursed, but this only drugged the drunkard. Eventually, the conductor had to hand him over to the police along the station. For the members of the group, both incidents had no negative consequences, because the travel order, which informed that the tour was timed to coincide with the "red date" (that is, the opening of the CPSU Congress), eliminated all obstacles and unnecessary questions from the officials. In those years it took them almost 2 days to reach Ivdel. Now we spend only 6 hours by car (320 miles) 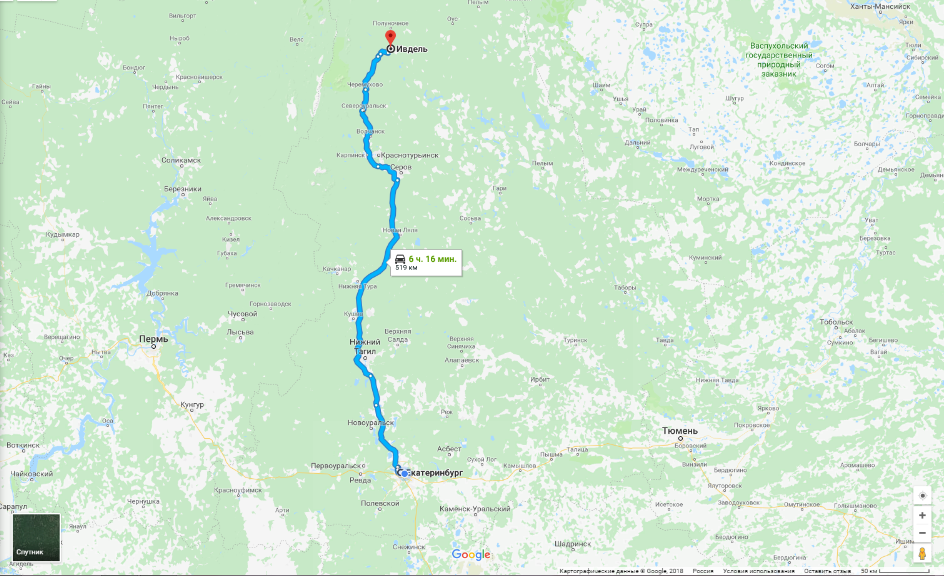 In the afternoon of January 26, the group safely left on a ride from Ivdel to the village 41st quarter, where the loggers lived. 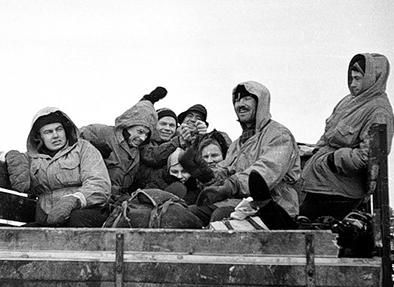 The group rides to the village 41st quarter

In fact, it was already the very edge of the inhabited world - then the very out-of-the-way Ural forests began, more gloomy and unfriendly. Approximately in 19: 00-20: 00 the group without incident has arrived in settlement of 41st quarter, it was arranged on an overnight stay in a hostel of loggers. The chief of the 1st forest district named Ryazhnev, the local God and Tsar, magnanimously allocated to tourists a cart with a horse and a driver, to which the whole group packed their backpacks and, on skis, on 27 January made the following transition - to the village of the 2nd North mine. This settlement, once part of the extensive IvdelLag system, by 1959 was already completely abandoned. There was not a single resident left and of 24 houses only one had a reliable roof and somehow was suitable for a stay. In it, the group spent the night. In this place it can be noted that the driver who drove the horse was a certain Velikyavichus, a Lithuanian who was sentenced in 1949 to 10 years of camps and left for settlement in 1956. This character in itself does not play a special role in the narrative, but his presence signifies a very important circumstance: the entire north of the Sverdlovsk Region and the Komi ASSR was at that time stuffed with the institutions of the former Stalinist GULAG. A very large percentage of the population of the Urals was then connected in one way or another with the once powerful repressive machine - here lived both former camp sittels, and raskonnoynye, and camp services. By 1959, the old Gulag system had already largely faded and markedly shrunk, the frightening abbreviation had disappeared even as far back as in 1956 (then instead of the Gulag an unpronounceable GUITC appeared - the Main Directorate of Correctional Labor Colonies), but people ... people have stayed! In the context of everything that happened in the future, this should be remembered ...

In the 2nd Northern Group members, a geological sample warehouse was attracted. At least one geological exploration core with pyrite, they took with them. During his stay in the village (ie January 27-28), one of the tourists, Yuri Yudin, became ill. He had to abandon further participation in the campaign and on the morning of January 28, 1959 the group warmly said goodbye to him. 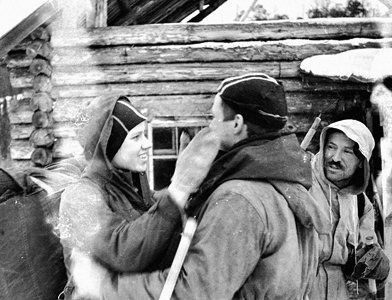 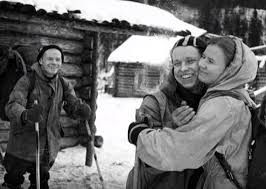 Yudin returned to the settlement of the 41st quarter together with Velikyavichus, and the group now numbered 9 people. moved on.

What was it? Foresight, good luck or God's providence? In any case, Yuri did not go with the group and stayed alive.

Actually, this is the end of that part of the tour of the Djatlov group, which could be confirmed by objective evidence of outsiders. No one else has seen the members of the group alive. Although, who knows? But for now we will stick to the official version. On further we can judge only by the diary entries of the participants of the campaign, and the materials of the prosecutor's investigation.

Igor Dyatlov and the group of tourists led by him expected to make the transition across the Northern Urals in such a way that in the first days of February they would go to the mountain of Otorten (or Otytren, altitude 1234 m), and then by February 12 to be in the village of Vizhay, from which it was necessary to give a telegram in UPI on a safe arrival. However, on January 28 Igor Dyatlov doubted the opportunity to meet the deadline and when saying goodbye to Yuri Yudin, he asked the latter to send a message to the sports club about the possible transfer of the end of the campaign. It was about a delay of one or two days, that is, the control period shifted by the head of the campaign on February 14.
This move looked logical. By the middle of February, members of another ski crossing in the Northern Urals (group led by Yuri Blinov) returned to UPI. All of them spoke about heavy snowfalls in that area, so Igor Dyatlov's decision to postpone the return period looked quite reasonable and reasonable.
However, neither 14, nor 15, nor February 16, a group in the village of Vizhay did not appear and did not send a telegram to the sports club Polytekh. By this time students began to come to UPI after the holidays. Appeared and Yuri Yudin, separated from Igor Dyatlov's group on the road. Of course, questions about the fate of the group and the circumstances of the campaign were addressed to him, but Yuri could not bring any clarity; with his words only it became clear that until noon on January 28, there were no conflicts between the members of the group, as well as emergency situations or suspicious situations. February 17, 1959 relatives of some members of the group (primarily Lyuda Dubinina and Alexander Kolevatov) began to call the head of the sports club UPI with a demand to clarify the fate of absent tourists. Similar calls were also made at the institute's party committee.
The head of the sports club UPI Lev Semenovich Gordo tried to pay off the scandal that was beginning. On February 18, he told the secretary of the Party Committee of the UPI Zaostrovsky that a telegram had been received from Dyatlov, informing him of the delay in transit. Apparently Gordo seriously expected that in a day or two the missing tourists would appear and the problem would resolve itself.
But the problem did not resolve. Relatives of the students turned to the Sverdlovskiy Town Party Committee and now the leaders of the party leadership began to ask unpleasant questions to the institute leadership. The question arose about the organization of the rescue expedition, but immediately it became clear that none of the sports management at the level of UPI and the city does not have exact information about the route of the group Dyatlov. This was a gross violation of the organization of tourist trips. The necessary information began to be feverishly reconstructed from the stories of people who heard about the plans from the members of the missing group. The situation was saved by a completely foreign athletic club of "Polytech" man - Ignaty Fokich Ryagin, a friend of the Kolevatov family, who talked extensively with Alexander about the forthcoming campaign in mid-January. Ryagin recalled the route of the group from memory and on February 19, Rimma Kolevatova, Alexander's sister, handed the card to Colonel Georgy Ortyukov, a tactics instructor from the military department of the UPI, who, in those February days, led the search for the group and subsequently put a lot of effort into finding out the history of the Djatlov group.